‘The Fish on the Dome: A Bloomington Tale’ 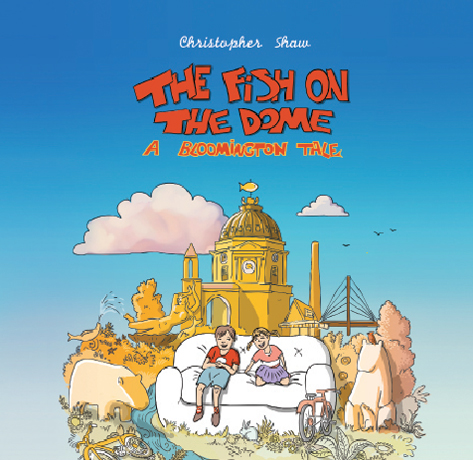 “There are children’s stories about Paris, London, and Boston…. Why not one about Bloomington, too?” reasoned Chris Shaw, author of the just-published book The Fish on the Dome: A Bloomington Tale.

Shaw, a 40-year-old federal government attorney, has lived in Colorado, California, and Illinois but was won over by Bloomington after moving here in 2004. “My wife, Suzanne, and I immediately knew it was a great place to live, but later, exploring the town with our now 7-year-old son, Ian, really cemented our appreciation of this town. Not to sound corny, but we often reflect on how lucky we are to live here.”

The book tells the story of the fish on the courthouse weathervane guiding two children around town and discovering such attractions as the Bloomington Community Farmers’ Market, the B-Line Trail, WonderLab science museum, The Chocolate Moose, and Cardinal Stage Company. The message for kids is to get out and explore rather than stay inside watching TV or playing video games.

Though Shaw had been working on the story for a couple of years, a happenstance meeting with artist Avi Katz at a kids’ swim class quickly advanced the project. “Avi is an amazing professional artist and illustrator, and when I met him and he agreed to come on board, that played a major role in the book’s creation.”

The story is geared for 5- to 10-year-olds who live or visit here. Shaw also thinks that grownups with a Bloomington connection will get a kick out of the book. “The appeal is local. If you’ve lived here, you’ll love it,” he says. The book is for sale at thefishonthedome.com and local businesses.

Shaw self-published the book with an initial press run of only 100 softcover copies ($10) and 100 hardcover ones ($15). “It was a lot of fun to do and I’ve enjoyed the process. I want to cover my costs but mainly just have people enjoy it. And if it’s a hit, we’ll obviously order more.” Ancient Hellebores : You Can’t Have Too Many! 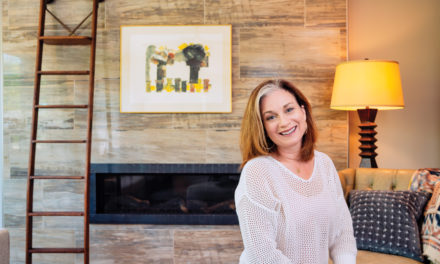