The Northwest branch of the Monroe County YMCA opened five years ago, and to celebrate that milestone the facility recently received a makeover. Called the Northwest Annex, the area that previously housed the building’s full-time daycare facility features an expansion of drop-in childcare programs like the Play and Learn area (for ages 6 weeks to 6 years) and The Zone (for ages 7-12 years).

The move to expand these programs came from the needs expressed by members, says Marketing and Communications Director Jodi Baker. “We used to have a waitlist for Play and Learn,” Baker says. “It’s a great perk for our onsite member parents.”

While both youth programs are available at the Southeast branch of the YMCA, the Northwest Annex includes an area for parents called The Lounge, with coffee, computers, and free wireless internet.

Baker notes another new feature at the Northwest Annex is a chapel. “The Y is a Christian organization, although it’s open to all religious backgrounds,” she says. “We toured about 10 nearby YMCAs and found that a lot of the YMCAs had chapels.”

The renovation also brought new programs for adults to the Northwest branch. For example, there’s Synrgy360 for high-energy, multi-station exercise. Baker says members said they wanted quick results with a guided workout, and the YMCA listened. Synrgy360 is a small-group, instructor-led program that is only offered at the Northwest YMCA.

The Northwest Annex also has a barre studio and offers both barre and Pilates classes. In the evening, mats come out for youth tumbling in the studio. In addition, there are now four multi-use classrooms in the Northwest Annex that are available for birthday parties, lunch programs, business meetings, CPR training, and more.

Baker doesn’t want members who frequent the Southeast YMCA to forget that they can utilize the Northwest YMCA as well. And, Baker says, those who aren’t members are invited to come see the renovated facility. “We encourage everyone to come out for a tour,” she says. 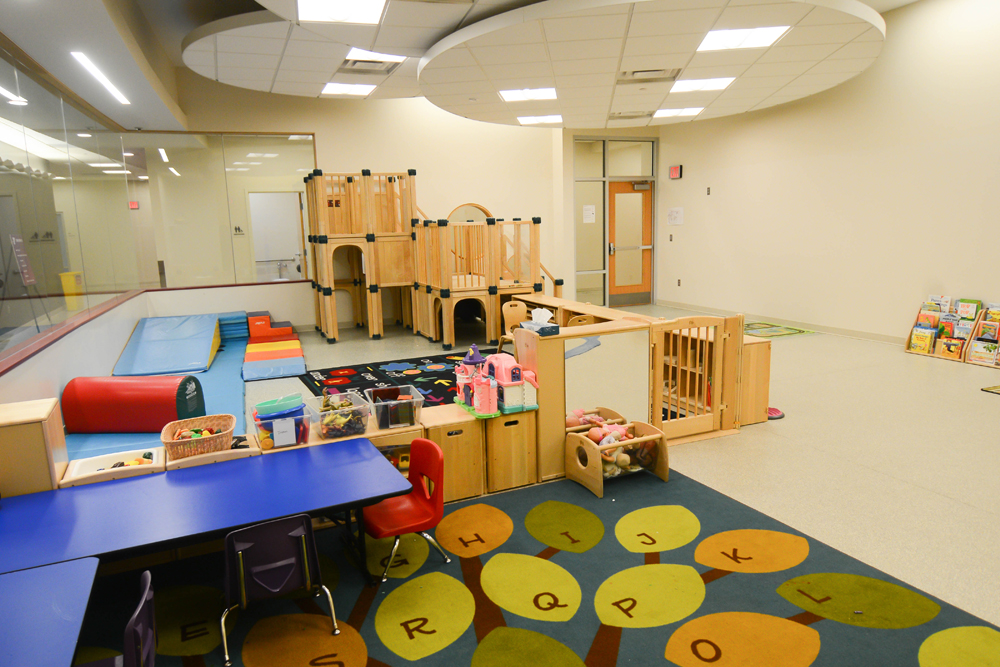