John Whikehart, the chancellor of Ivy Tech Community College-Bloomington and an aspiring thespian, saved the day at a recent performance of the play Rx, presented by Bloomington Playwrights Project.

In a comic scene, Whikehart, portraying the marketing director of a pharmaceutical company, dances to a recording of the song “9 to 5” performed by Dolly Parton.

However, during one performance the audio malfunctioned, forcing Whikehart—always cool in times of crisis—to sing the song himself while at the same time performing his amazing disco moves.

“Anything can happen in live theater, so I memorized the words to the song,” explains Whikehart.

Is he ready for Dancing With the Stars? You be the judge. 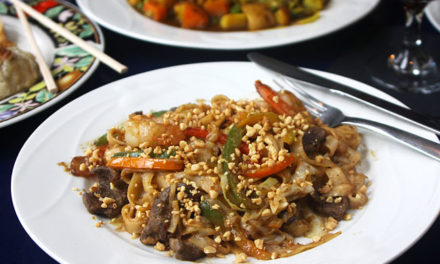