Sabine Demetz and some of her wards. Photo by James Kellar

Rizza shivered in an outdoor wire pen at an animal shelter. The elderly dachshund had no hair; she stank and had ear infections. But when Sabine Demetz saw her, she saw a dog she could save. She treated Rizza’s health conditions and listed her for adoption. After only two months, she found Rizza a home.

For years, as Demetz and her husband, Greg Peters, ran a landscaping business, Demetz periodically rescued dogs like Rizza. This year she turned her home-based rescue, called The Nest, into a full-time operation. To expand further, she brought on board David Fletcher, a physician and owner of BLU Boy Chocolate Café & Cakery. “I’ve always thought that at some point in my life I would participate in animal welfare,” he says, “and The Nest was a perfect fit.” Together, Demetz and Fletcher have facilitated 35 adoptions this year [2010].

Demetz plucks dogs from local shelters and finds foster homes for them while they await adoption. An additional 19 dogs live at The Nest. A few of those are adoptable; the rest will live out their remaining years there. “Most of our dogs are special needs: senior dogs, fear biters, dogs with some kind of issue,” Demetz says. “Certain dogs are written off and don’t get a chance.”

She scoops up Emmett, a leathery miniature dachshund, who was surrendered by his owners because he had mange, a treatable skin condition. Emmett is up for adoption [in 2010], and though his belly is still bald, Demetz says he’s a great dog: housebroken, friendly, and laid-back.

Many similar rescue organizations avoid dogs like Emmett in favor of highly adoptable dogs because it’s easier, quicker, and cheaper. “We go and seek out the ones that others would not take easily,” says Demetz. “It’s a lot of work, and it’s definitely harder, but it’s so much more rewarding.”

Though it’s more costly and time-consuming, Demetz and Fletcher are committed to the Rizzas and Emmetts of the Bloomington area. “I recognize that I will not rescue every dog,” Fletcher says. “I have the willingness; I have the interest. From now until the end of my time, I can help as many dogs as possible. And that just seems very doable to me.” Are You a Food Addict? Overeaters Anonymous Can Help 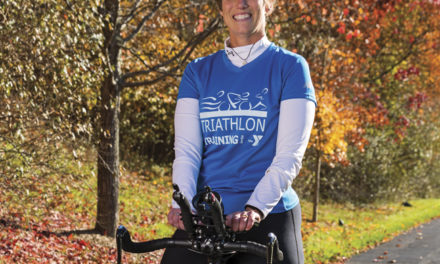