This past spring, Sheryl Woodhouse Keese found herself at a crossroads. Having decided to sell Twisted Limb Paperworks, the business she’d started 15 years ago, Keese was searching for a way to celebrate the transition. After watching the 2011 movie The Way, about an American doctor (played by Martin Sheen) who goes on a pilgrimage along the fabled Way of St. James in Spain, she found it.

“It felt like it was exactly what I needed to mark this momentous moment in my life,” says Keese, 45. “I really wanted to do something different that would allow me to think about the next stage in my life.”

Since medieval times, the Way of St. James (also known as the Camino walk) has attracted countless Christian pilgrims to the burial site of St. James the Apostle at the Cathedral of Santiago de Compostela in northwestern Spain. Today, tens of thousands of pilgrims walk the route for religious reasons or as a meditative or spiritual journey. The Way of St. James has been declared a European Cultural Route and a UNESCO World Heritage Site.

Arriving in Europe this past May, Keese and her husband, Brian, a web developer at the IU School of Public and Environmental Affairs, began their five-week, 500-mile journey in Saint Jean Pied de Port, a town in southwest France near the Spanish border, traveling west on foot across northern Spain. Staying overnight in hostels, they walked an average of 15 miles a day. Along the way they met many other pilgrims, including one from Bloomington, Ari Stoner, a biotechnology student at IU.

The Keeses trained for the trip, but nothing could really prepare them for the rigors of trekking across the hilly Spanish terrain, which took a toll on their knees. Despite the physical pain, Keese says, she experienced a joyous sense of mental clarity and peace. “By the end of the trip I felt completely purged of anything that had been weighing me down; nothing could rile or get to me,” she says. “Considering the walk has traditionally been a spiritual journey, that shouldn’t have been a surprise, but it was.”

Now back in Bloomington, Keese cherishes the lingering sense of internal peace and plans to seek out similarly transformative experiences. “Even though I don’t feel that elation day-to-day, there’s something comforting knowing that I did what it took to take a long holiday, and that I can make it happen again.” 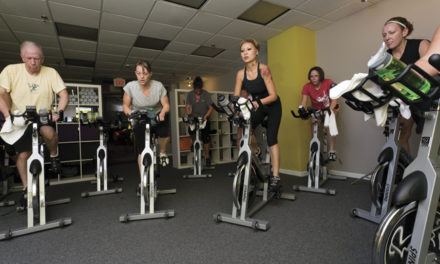