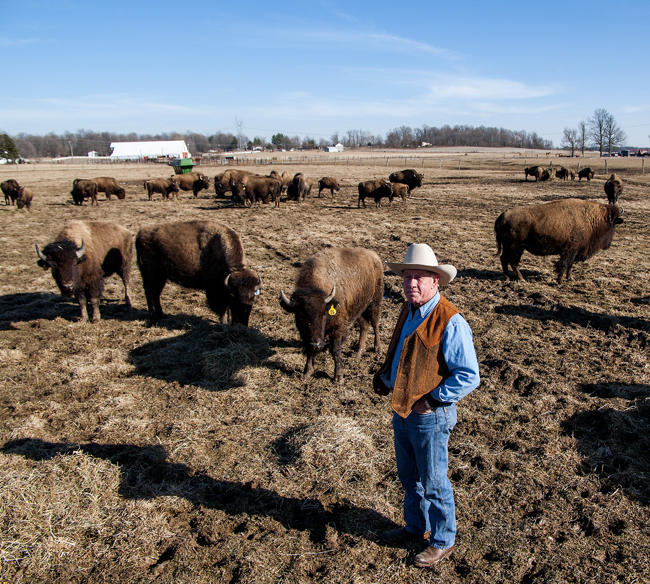 It’s easy to know what to expect on a nice country drive through rural Monroe County. Rolling hills, grassy fields, barns, limestone, lots of corn, and a herd of 200, wait … are those buffaloes?

Clearly different than typical animal farms in the area, Larry Neidigh’s Buffalo Nickel Ranch is easy to spot from the highway at 8700 West Ind. 46, just northwest of Ellettsville. Easy to spot, but surprising if you aren’t expecting to see the iconic American bison grazing near the roadside.

For Neidigh, who also owns a construction company, it all started out West, in and around Yellowstone National Park. While taking annual snowmobile and ski trips to Bozeman, Mont., Neidigh often would come across buffaloes roaming free in their natural habitat.

“I was intrigued by the nature of the buffalo and how they looked,” he says. He prefers the more traditional yet slightly less accurate term “buffalo” over “American bison.”

But it wasn’t only the animals’ majesty that drew him in. As his interest grew, he began reading more about the iconic plains creatures. Nutritionally, bison meat is lower in fat, calories, and cholesterol than beef, pork, or even skinless chicken. And after his first taste of bison, or buffalo, steak, Neidigh tenaciously set out to find buffalo for sale to take back home to his 67-acre farm.

Neidigh bought his first five cows in Kentucky in 1990. They soon birthed calves, and the farm never stopped growing, and Neidigh never stopped replenishing, often traveling to Kansas and other Western states for calves, yearlings, and bulls. Buffalo Nickel Ranch eventually expanded to well over 200 acres, and the herd increased to roughly 200 animals.

He never planned on selling bison meat, but local businesses took an interest. Neidigh says Nick’s English Hut was the first place to serve buffalo from his farm, and other restaurants such as FARMbloomington, Upland Brewpub, Yogi’s Grill & Bar, and Feast Bakery Cafe followed suit with their own burgers and steaks.

Buffalo rancher is a befitting role for Neidigh, who says, “You maintain fences. You put out round bales of hay. It’s really not that difficult raising buffalo.” Not difficult — but profitable. Buffalo or bison meat continues to increase in popularity, with the average national price for ground bison at about $11 a pound, roughly double that of beef. Recipe of the Week: Quiche with Vegetables 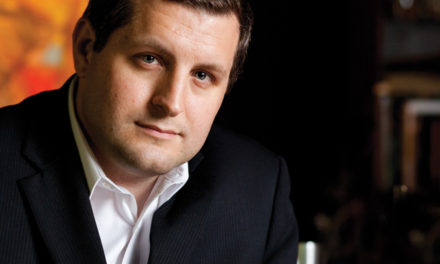