Numbers can tell us a lot about the state of our health. Knowing our blood pressure, cholesterol, and blood sugar readings can help prevent disease and catch it in early stages. But one number in particular has the attention of Susie Carter, manager of the Cardiopulmonary Rehabilitation Program

at Indiana University Health: 67.3 percent. According to the American Heart Association, that’s how many adult Americans are overweight or obese.

Body Mass Index (BMI) That’s why Carter starts her rundown of numbers to watch with BMI, which is a measure of weight in relation to height. A reading of 18.5-24.9 is normal. If your BMI is 25-29.9, you are overweight; if it is 30 or higher, that is an indication of obesity.

It’s easy to measure your own BMI using the Internet; just search “Body Mass Index,” and several measurement options will pop up. Then measure your waist. A circumference greater than 40 inches for men or 35 inches for women elevates the risk for heart disease.

“A weight loss of five to ten percent will decrease your risk,” Carter says. And it will help keep the following numbers in check, too.

Blood pressure is measured by two numbers: the first measures pressure when the heart is beating; the second, when the heart is at rest between beats. Under current guidelines, a reading of 120/80 is normal, and a reading of 120-139/80-89 is considered prehypertension. A reading greater than 140/90 is an indication of high blood pressure, which puts you at greater risk for heart disease, stroke, and other conditions. Measurements can be taken by a doctor and monitored at home with blood pressure kits available at most pharmacies.

“You can lower your risk” for hypertension and other diseases, Carter says, “by watching your diet and the amount of sodium [salt] in it, losing weight, and not smoking.”

Cholesterol, says Carter, “is necessary for normal body function, but the body makes more than we need.” There are two measurements: LDL (or “lousy,” as Carter calls it) cholesterol, which builds up in arteries, and HDL (or good) cholesterol. A total reading of 200 or less, measured by a blood test, is considered normal. A reading of 200-239 is borderline; anything above 240 is high and raises the risk of disease. “If you have had any cardiovascular issues, keep that total under 160,” Carter urges. Breaking down the numbers, she says LDL should be less than 100 (less than 70 if you have cardiovascular disease) and HDL “the higher the better,” or greater than 40 in men and 50 in women. Triglycerides is another form of fat in the body, raised by consumption of alcohol, sugar, and saturated fats. It should measure less than 150 in a blood test.

Blood sugar is an indicator of diabetes, which has been increasing even among children, particularly those overweight. A normal fasting measurement of blood sugar is less than 100. A reading of 100-125 is considered prediabetic, and anything from 126 up is an indication of diabetes. Carter recommends another test called Hemoglobin A1C, which, she says, provides “an average of blood sugars over the past three months and gives a better overall picture” than a single test. A normal reading is less than
5.6%; prediabetic, 5.7-6.4%; and diabetic, 6.5% and higher.

Ejection fraction is yet another measurement that Carter considers in evaluating patients. It measures the percentage of blood that is going out of the heart with each beat or “how well the heart is contracting.” A normal reading is between 55% and 70%. A reading of less than 40%, Carter says, could be “a serious indicator” of heart problems. And if it is between 40% and 55%, “it indicates that damage from a heart attack may have occurred.”

As important as it is to watch these numbers as a way to prevent and treat disease, Carter says it is equally important to recognize the signs and symptoms of heart attack and stroke and respond quickly.

Indications of a heart attack include discomfort in the chest or upper body, shortness of breath, lightheadedness, nausea and vomiting, extreme fatigue, and a cold sweat. These symptoms, Carter says, are more likely to show up in men. “Women don’t manifest the same way,” she says. “They feel pressure rather than pain and may have discomfort in the throat, jaw, or mid-back.”

Signs of stroke include sudden weakness or numbness on one side of the body, difficulty speaking, severe headache, blurred vision, and loss of balance. 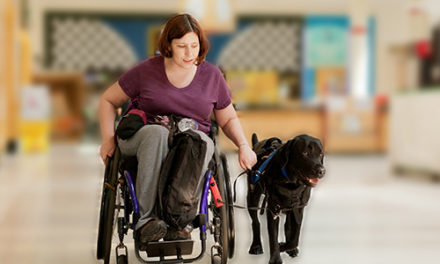