Get Away from It All Without Leaving Town (Video) Everyone at some time has been struck by a desire to get away from it all. If you live in or around Bloomington, time, money, and distance don’t have to be obstacles—you can be immersed in the cultures of Tibet and Mongolia without ever leaving town.

The Tibetan Mongolian Buddhist Cultural Center (TMBCC) at 3655 S. Snoddy Rd. has expanded its offerings to include customized cultural-retreat packages. The packages include a stay at one of the center’s four retreat cottages, which have been constructed to resemble traditional Mongolian yurts. Set in a peaceful wooded area of the center’s 108-acre site, the cottages are simply furnished but include basic modern conveniences—air conditioning, refrigerator, stove, bathroom, and an outdoor deck. As is fitting for retreat cottages, they do not have Internet or television. While a guest may rent a cottage for solitary activity, like finishing a dissertation or novel, he or she might want to take advantage of the TMBCC cultural-activities menu, with offerings such as yoga instruction, massage, meditation, Tibetan and Mongolian cooking, and art instruction.

“The retreats we offer are entirely customized for the guest, who doesn’t have to be or become a Buddhist,” says Lisa Morrison, TMBCC marketing and media director. “This is an experience that you can’t get any other place in the West, because of the history of the center.”

Established as the Tibetan Cultural Center in 1979 by the late Thubten Jigme Norbu, the eldest brother of His Holiness the Dalai Lama of Tibet and a professor of Tibetan studies at Indiana University, the center has been visited by the Dalai Lama six times. In 2005, Arjia Rinpoche, a Tibetan lama of Mongolian descent, was appointed by the Dalai Lama to guide the center after Norbu suffered a series of debilitating strokes. The center was renamed the Tibetan Mongolian Buddhist Cultural Center in 2007 to reflect its expanded mission to support Mongolian cultures.

Retreat prices vary depending on length of stay and activities chosen. For more information, call Trish Ellis at 336-6807 or email tmbcc.kcl@gmail.com.

Take a video tour of what you can expect from the retreat! 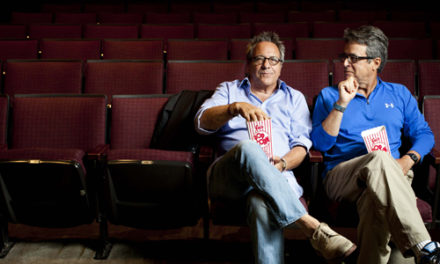