Don’t Call Me Betty: An Odd-Named Band Of Middle-Age Rockers After a week of work and dad duty, most guys are ready for a relaxing weekend. Not the men of Don’t Call Me Betty, a self-proclaimed “overly educated cover band” whose members include two music professors, a TV marketing director, a caregiver, and an optometrist. To these 40- and 50-somethings, winding down means rocking out.

In 2010, bassist Daniel Melamed, a musicology professor at the IU Jacobs School of Music, and his wife, drummer Elizabeth Sabga, a physician, formed the band. While trying to come up with a name, they overheard a couple arguing. The woman snapped at her husband, “Don’t call me Betty!” The words stuck and Don’t Call Me Betty (DCMB) was born.

A producer at Indiana Public Media, George Walker, introduced Sabga and Melamed to the TV station’s marketing director, Scott Witzke. Keyboardist and IU organ professor Christopher Young wanted to join a local band when he came to Bloomington, although he hadn’t played in a rock band since high school. “I heard about DCMB through the grapevine, and I knew it was time to get back in it,” says Young.

Witzke recruited vocalist Timothy King, an in-home caregiver for adults with developmental challenges. “I played in a punk band twenty years ago,” says King, but meeting the members of DCMB was a different experience. “I walked into the room, and there’s all this high-end equipment and people with their game faces on.”

Before the band could get established, however, Sabga was diagnosed with lung cancer and, after a brief illness, passed away. It was several months before Melamed and the band were ready to play again.

Last August, Witzke enlisted optometrist Jody Brinegar to be DCMB’s new drummer. Since then the band’s distinctive take on classic rock songs has landed them gigs at private events and public venues. Whether it’s a live performance at a Bleeding Heartland Rollergirls bout or a Sunday night rehearsal, Melamed says playing rock ’n roll “is the high point of the week.”

To find out about future shows, visit the band’s Facebook page. 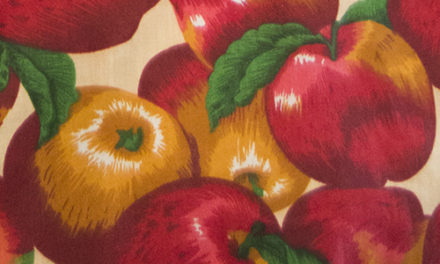