Early Music In Motion: Taking Instruments and Music of the Middle Ages on the Road Early Music In Motion (EMIM) has a three-pronged approach to bringing medieval, Renaissance, and baroque music to the far reaches of south-central Indiana: school performances, free community performances, and hands-on workshops for musicians. The goal, says board member Robert Frew, “is to make the music of the past accessible and relevant to the present.”

EMIM was started in 2005 by a group of musicians who play instruments of the period (the years 1400 to 1750), such as viola da gamba, shawm, dulcian, sackbut, or hurdy-gurdy. “For many people, the repertoire is not familiar,” says Erica Rubis, a viola da gamba player. But Rubis and the other EMIM members are taking that repertoire to all the counties bordering Monroe and introducing it to local residents in familiar venues: schools, libraries, and historical sites.

In schools throughout the region, EMIM integrates music with other academic studies. Its trademark production for fifth- and sixth-graders, “Shakespeare’s Ear,” combines music, dance, and theater. The group calls it an “informance—a performance with some elements of informal instruction,” says Frew. That might include using a distinctly modern tool like PowerPoint to show students the early music instruments and manuscripts. This fall EMIM will be in residence for two weeks at a Mooresville elementary school, combining the history and music of Elizabethan England. “Eventually,” says Rubis, “we’d like to have an ongoing program where students learn to play the instruments.”

The public performances, says Frew, “are an opportunity to bring the community together in a place where they feel comfortable. We partner with local entities like libraries and historical sites.” These performances, he says, are “a fifty-fifty mix of lecture and music.”

Early music workshops held in Brown County have attracted both amateur and professional musicians from as far away as Canada and South America, says Juan Carlos Arango, EMIM vice president and double reed (shawm and dulcian) player. EMIM has hosted hurdy-gurdy and double reed workshops and has another double reed session November 1-5 at the Waycross Camp and Conference Center in Morgantown.

The all-volunteer, nonprofit group receives funding from private and community foundations and from individual donors. To learn more about EMIM or to volunteer, go to their website. 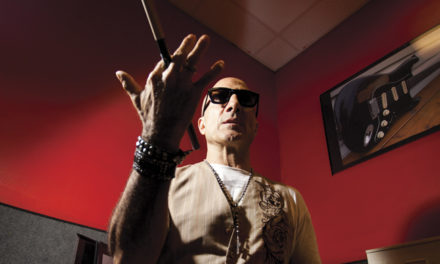