Fleetwood at work in his garage. Photo by Erica Sagon

Ned Fleetwood has made hippopotamuses for day care centers, pigs for barbecue restaurants, and roosters for a fast-food chicken chain. He’s sold gorillas to a used-car lot and a horse and mule to a veterinarian’s office. Once, he drove to Arizona with an adult elephant, three baby elephants, and two hippos in tow for a homeowner’s jungle-themed backyard pool.

Fleetwood makes life-size and larger-than-life fiberglass animals. It’s a niche business that’s kept the him busy since he retired from the concrete industry. Fleetwood figures he’s made over 400 statues, with giraffes and elephants being the bestsellers. “They’re the attention getters, because they’re so big,” he says.

The hollow animal statues are produced in rural southern Indiana from the molds he creates, then brought to Fleetwood’s red garage outside of Smithville, where he paints them. The garage would be easy to miss if it weren’t for the electric-pink pig, 18-foot-tall giraffe, and other animal figures in the front yard. Some of Ned Fleetwood’s creations. Photo by Erica Sagon

He delivers finished statues to clients all over the country. When he hits the road hauling a few animals on a flatbed trailer, it’s a scene. People in other cars pull out camera phones and snap away at the zoo-on-wheels.

Fleetwood began making fiberglass animals before he retired. He had been selling horse trailers on the side, and when he bought a couple of fiberglass horses to use as models, he found that people were interested in buying those, too.

Fleetwood once marketed his products by going to exotic animal sales, where dealers might be looking for replicas of what they sold. Now, most of his business is word-of-mouth. A life-size horse, which is one of the smallest statues that Fleetwood makes, sells for $1,000, a giraffe for $2,500, and an elephant for $3,000.

Fleetwood says he’s never been much of a painter and that he doesn’t research animals’ colorings or markings, either.

“I just guess,” he says, as he brushes a coat of primer over an 18-foot-tall giraffe laying face down inside his garage. “And I have a couple of ladies help paint the spots.” For more information, visit Ned’s website or call 615-495-8399. Watch as They Work at Volta Glass Studio (PHOTO GALLERY) 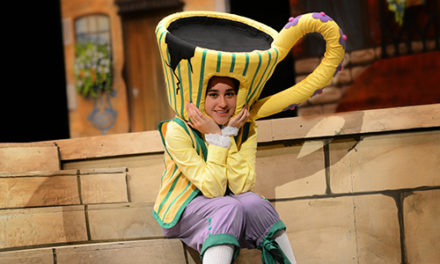