Since 1996, the IU a cappella group Straight No Chaser has been delighting local and national audiences with its inventive, energetic versions of classic and contemporary tunes. And although the group’s makeup has changed over the years as its members graduated from IU, the name and performance style remained constant. Then, in 2012, the group suddenly became known as Another Round.

Why the name change?

“After nearly all of our shows, people would say, ‘We saw you guys on PBS!’ and I’d have to explain that they saw the professional touring group, not the IU group,” says Another Round’s music director, IU sophomore Jonathan Trubshaw. “It just got to be too much, and although the original name is a big part of the group’s identity, we all realized a name change was for the best.”

Trubshaw is referring, of course, to the version of Straight No Chaser that shot to international fame in 2007 when a video of the group singing “The 12 Days of Christmas” (created in 1998, see below for video) went viral on YouTube, attracting millions of viewers. Several members of the original group reunited, signed a deal with Atlantic Records, and before long were making numerous TV appearances and had the #1-selling album—Holiday Spirits—on iTunes and Amazon.

For Trubshaw, renaming the IU group to Another Round honors the original name’s allusion to the joys of imbibing alcohol but also signals a new beginning. And so far, Trubshaw says, the rebranding has gone well. “This past year, we made a big push to perform on and off campus to sort of re-establish ourselves, and the response was really great,” he says. “By the end of the year, our audience was on board and knew us by the new name instead of ‘the group that used to be Straight No Chaser.’”

Another Round also has the blessing of Straight No Chaser, whose members—all IU graduates—go out of their way to support and promote the IU group, reports Trubshaw.

Although the name change signals the beginning of a new era for a cappella at IU, Trubshaw does not intend to change the group’s performance style. But he has introduced new songs, including a Jackson 5 medley, and he plans to mix in new material to keep performances fresh.

“We’re a pretty unique college a cappella group,” he says. “We don’t mess around with lots of choreography or tricks. It’s all about making music with ten of my best friends.” 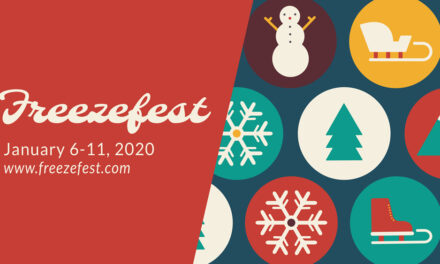