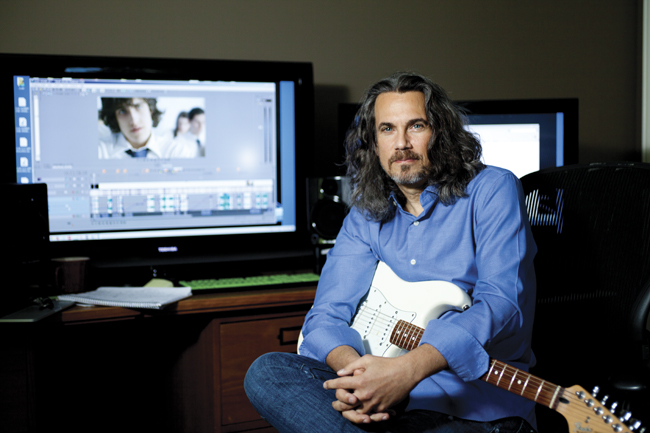 In his long and storied showbiz career, Robby Benson has worn many hats—actor, screenwriter, producer, director, songwriter, and educator. Now, as a newly appointed professor of practice in the telecommunications department at Indiana University, Benson has taken on a new challenge: helping to make IU a top-flight film school.

“Our [the telecom faculty’s] goal is to make IU Bloomington a destination for kids who want to get into film,” says Benson, who has previously taught courses at UCLA, the University of South Carolina, California Institute of the Arts, and the Tisch School of the Arts at NYU. “With the support of people like Walter Gantz [chair of the telecommunications department] and Provost [Lauren] Robel, I’m confident we can make it happen.”

Well equipped to bolster IU’s film program, Benson is best known for starring in such films as Ice Castles, Ode to Billy Joe, Running Brave, and The Chosen. He has been nominated for two Golden Globes, starred on Broadway, and voiced the Beast in Disney’s Beauty and the Beast animated movie. He has also directed feature films and episodes of the TV shows Friends and Ellen.

Benson plans to put his experience to use not only in the classroom, where he will teach a yearlong class on film production, but also in the larger community. He hopes to raise enough money to produce small-budget films involving his students and other local talent. “I’d like to find people who want the arts to thrive in this area and who are willing and able to help fund annual film projects that will provide opportunities for students and feature the Bloomington region.”

Benson also hopes to call on his extensive contacts in the entertainment world to bring guest speakers to IU. For example, he would like to attract longtime producer Matt Williams, an Evansville native who produced the hit TV sitcoms Roseanne and Home Improvement and who wrote for The Cosby Show. “I could bring in famous actors, but I’d rather bring people like Matt who has a wealth of knowledge about film and TV and can offer invaluable insights to students hoping to work in these industries,” he says.

Arguably, though, Benson’s most valuable asset is his passion for teaching. “I recently got an email from an incoming freshman who dreams of working in film and who told me that my being here played a big part in his decision to come to IU,” recounts Benson. “I wrote back and told him that contacting me means that his career has already begun and that I’ll help him however I can. I hope my response inspires him, but he has no idea how his note inspired me. I can’t wait to teach this young man and all my students how to tell their stories to the world.” 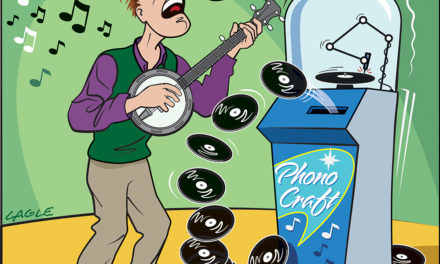 Elvis Did It, You Can Too! Cut Your Own Vinyl Record