Mix the desire to get away from a desk job with a long simmering love of craft liqueurs, and you have CEO Adam Quirk’s motivation for helping to launch a new Bloomington business, Cardinal Spirits, set to open in early 2014.

A craft spirits distillery that “celebrates all things local,” Cardinal Spirits is located in a former sheet metal factory at 922 S. Morton St., on the B-Line Trail.

The distillery’s four partners all have harbored a love for artisan adult beverages for years. For Quirk, who worked at desk jobs in the tech world for more than a decade, that passion began in college at Ball State University, in part because of the books he read.

“Hunter S. Thompson drank bourbon, so I thought it’d be cool to drink bourbon,” he says. Hemingway and his affection for gin had a similar influence, motivating Quirk to experiment with infusions at home.

When Quirk moved to Bloomington for a job three years ago, he met Jeff Wuslich, now the president of Cardinal Spirits. Over craft beers at Upland Brewery, the pair realized they shared a passion for craft spirits.

They are joined by Cardinal Spirits CFO Jason Katz, an IU Kelley School of Business graduate who lives in Cincinnati, and Rick Dietz, a Monroe County Council member and the City of Bloomington’s IT director.

The Cardinal Spirits tasting room will offer gin, whiskey, vodka, and fruit liqueurs, all made on-site from local ingredients. A bottle of vodka will cost $25, and a bottle of whiskey, $50. Gin, at $30 a bottle, will be flavored with juniper, citrus, and locally grown botanicals. All are planned for national distribution except for the vodka, which would compete in a crowded marketplace that’s difficult to enter, Quirk says.

Tours of the Cardinal Spirits plant also will be offered to help educate customers on the differences between Cardinal Spirits and big-name brands. Whether it’s the copper equipment, the distilling process, or the use of local ingredients, “when you visit a distillery, you can always find something you like,” Quirk says.

The liqueurs will be made with herbs grown on a half acre that the distillery leased from Stranger’s Hill Organics farm where Dietz is a partner and co-founder. 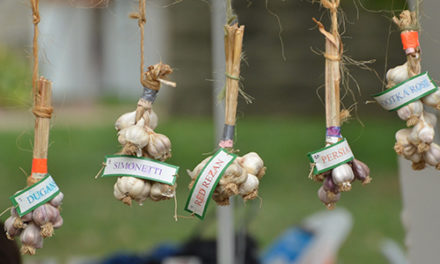