Hren is savoring the task of bringing professional news coverage to areas he says were previously underserved by the media. “The only other TV news this area gets is from Indianapolis,” says Hren, “and if you watch any of those channels, how many times do they come to Bloomington? Or Nashville? We knew that there was a need for television news in this market.”

The budget for the show was approved by WTIU Public Television and WFIU Public Radio Executive Director Perry Metz in January 2013. “We started planning in March,” says Hren. “The set design, graphics, music, it all had to come together by our first show, which was September 27.”

Prior to Newsdesk’s debut, Hren hosted another WTIU production, The Weekly Special variety show. “Newsdesk was a better fit for me, as well as a greater challenge, to switch from a fun, laid-back show to more of a serious news, suit-and-tie type program,” he says.

Joining Hren are cohosts Alex Dierckman and Kyle Stokes. Dierckman is the headline reporter who introduces segments; she also presents news breaks on other WTIU programming throughout the week. Stokes specializes in covering educational issues in Indiana and is a member of StateImpact Indiana, a National Public Radio (NPR) initiative to study and report on state education policy.

Feedback from viewers, Hren says, has mostly been to the effect of, “It’s about time—I’ve been waiting for a local news show.” He says it’s been received as a welcome addition to WTIU’s typical content, which, as a PBS member station, is “ninety-some” percent national.

“This is what keeps a local station local,” says Hren. “We’ve got to keep doing shows like this to keep us relevant in the community, so people will support us back. We do have high hopes that we will be an every night newscast, and that we can go state-wide, even, and that all the PBS stations in the state pick us up.”

Indiana Newsdesk can be seen on the numerous cable and satellite providers that carry WTIU, over the airwaves in the Bloomington area on Channel 30, and online. 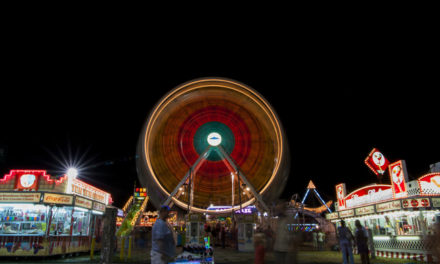