All About Those Roses You Gave on February 14 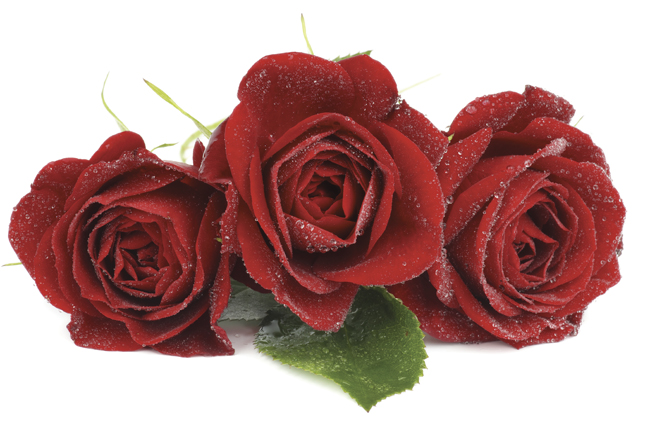 Although they are not cheap, roses are the quintessential gift for Valentine’s Day. If you wanted to impress your loved one, I hope you made it a dozen red and were sure that they arrived on February14.

The timing is critical. Unfortunately, the floral suppliers know this. They typically raise the price of flowers a week or so before the day — so don’t blame your local florist. Even though prices are elevated, more Americans buy cut flowers in February than in any other month and roughly half of those consumers buy roses, mainly red ones.

Roses have been grown in Europe and Asia for more than 3,000 years. It is thought that they first came to North America from France in the 17th century. Later a plant explorer, André Michaux, came to North America looking for plants to take to Europe. He was much impressed by a wild rose growing abundantly in the southeast. It later became the state flower of Georgia and was named the Cherokee Rose.

Plant migrations frequently parallel human explorations and this is the case with the Cherokee Rose, which has an interesting provenance. A native of China, it was taken first to Persia when it was adopted by Muslim Arabs who took it to Spain and planted it in their gardens there. The Spaniards later brought the rose to Florida, where it escaped into the wild.

Most of the roses grown in the United States were originally imported and many came to us from England, which has an ideal climate for roses. The flower was the symbol of both adversaries in the War of the Roses (a series of battles fought between the houses of Lancaster and York for the throne of England, 1455-1485). The emblem of the House of York was the white rose symbolizing heavenly love, and the red rose symbolizing earthly love was the emblem of the House of Lancaster.

Until recently roses did not grow well in Indiana. Canadian-bred roses dislike our humid summers and Southern-bred roses dislike our cold winters. The Fairy, a polyantha rose that grows low and bushy and produces small clusters of blooms, was one of the few that could survive here. However, with the development of the Knock Out landscape roses that were bred in the Midwest, we can now grow roses successfully in this region.

The Knock Outs come in both single and double petal forms, though the blossoms are loose and not as perfect as those we buy at a florist and they lack fragrance. The plants are disease resistant and self-cleaning so they do not need to be dead-headed. Once established, the only care they require is pruning. If the deer do not prune them for you, cut them back each spring or the bushes will grow quite large. If your loved one is a gardener, a gift certificate from Bloomington Valley Nursery, Mays Greenhouse, or Twin H Tree Farm & Nursery that could be redeemed next spring for a rose bush, or two, or even three, might be welcome.

In 1925, the American Beauty rose was adopted as the floral emblem of Washington, D.C.  The rose is also the state flower of New York.

During the time of the Roman Empire the following legend concerning the origin of the rose was firmly believed: Rhodanthe, was a woman of such beauty that many suitors pursued her. So she joined the temple of Diana. Her suitors then broke down the gates to get to her so Diana turned her into a beautiful rose and her suitors into thorns. Thus the rose became a symbol of love and beauty.

Romans used roses at their celebrations which included “wine, woman and song,” so roses became associated with indulgence. Thus, the early Christians banned roses in their church buildings.

The Romans also associated roses with Harpocrates who was the god of silence. At important meetings a swag of roses was hung over the conference tables. There was a code of honor that nothing that was discussed under the roses could be divulged to anyone who was not present at the discussion. Thus, the term ”sub rosa” which persists today, meaning “confidential”.

After the Roman Empire crumbled, the people of Medieval Europe valued rose hips for their medicinal content. They knew nothing about nutrition as a science but they valued plants in their diet. Now we know that rose hips contain large amounts of vitamin C.

It is thought that all modern roses are derived from three original types of roses dating from earliest times. These are the French rose (rosa gallica), the Dog rose (rosa canina), and the Eglantine rose (rosa eglanteria).

These roses were gathered from that garden gate,
Where our meetings, though early, seemed always too late;
Where lingering full oft through a summer-night’s moon,
Our partings, though late, appeared always too soon.

-from “The Garland I Send Thee” by Thomas Moore How One Farmhand Got Land for His Own Farm