Brady Barr sighs and concedes that there was no hyperbole attached to the long-running National Geographic television feature, Dangerous Encounters with Brady Barr.

There was the flesh-shredding python bite to his upper left leg at the bottom of an Indonesian cave, a bite so severe that Barr required a medevac to the nearest modern hospital — in Singapore.

And then there was the giant croc in Malawi that broke loose from the ropes securing it and spun the ropes so forcefully as to nearly sever Barr’s right hand from his wrist.

“I had three serious injuries right in a row,” Barr says, not counting the brain parasites he contracted in the wild several years ago that took three rounds of chemotherapy to eradicate. “I’m 51 years old and I feel twice that old,” he says, noting that research on the decline in reaction time that comes with age “shows I’m going to die if I don’t get out of this (line of work).”

And so the kid from Bloomington who grew up loving to catch crawdads in the stream running through Bryan Park is backing off from the field research that has taken him to more than 80 countries as the resident herpetologist for National Geographic television. Barr with a huge, man-eating crocodile that was terrorizing a village in Uganda. Photo courtesy Brady Barr

“I started out as an educator and it’s come full circle,” he says from the site of his newest endeavor, EcoAdventures, an educational facility outside of Washington, D.C., and near his home in Severna Park, Maryland. It teems with snakes, crocodiles, and a growing inventory of creepy (think spiders) and odd (a hedgehog) creatures where schoolchildren can come to learn about the natural world. “All the animals you see here were in our house before we opened this place in January,” he explains. “We might go to bed at night and hear a crash and say, ‘Uh-oh, there’s a croc out. Nobody move.’”

The home scene is not as strange as it might seem. Barr’s wife, Mei Len Sanchez-Barr, is a marine biologist who started EcoAdventures before her husband came on board. Children Isabella, 9, and Braxton, 6, herded a sizable boa constrictor around the floor of the simulated rain forest room at EcoAdventures recently with respect for the snake but no fear.

Barr rattles off the names of Bloomington teachers who nurtured his fascination with wild creatures and laments, “Teachers now tell me over and over all they do is teach to the tests. It’s sad, because you learn so much by hands-on activity.” A graduate of University Elementary School, Bloomington High School South, and Indiana University, Barr was one of those hands-on teachers at North Central High School in Indianapolis. He went on to earn his Ph.D. from the University of Miami and embark on a career that includes being the first and only scientist ever to capture, examine, and release all 23 species of crocodiles on the planet.

Barr became a television star, a frequent guest on The Tonight Show with Jay Leno, and is personally associated with two current video games: an Xbox interactive Kinect game for Microsoft’s Playful Learning initiative and Animal Jam, a National Geographic-branded online game for kids. It all came about because of the environment in which he was raised, he insists. “Bloomington was a magical place to grow up. I’d get on my bike in the morning and catch frogs and go fishing and maybe not go home until dusk. What a place to grow up.” 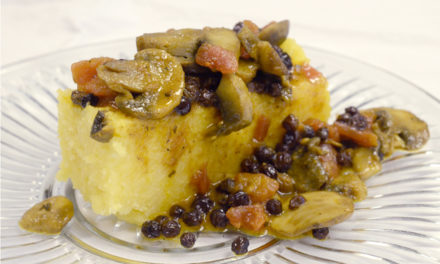 Recipe of the Week: Steamed Cauliflower