There’s no telling when cancer might strike, and it often leaves victims feeling debilitated, hopeless, and cursed. But for the past 15 years, Hoosiers Outrun Cancer, an event sponsored by the Bloomington Hospital Foundation in collaboration with the IU Health Olcott Center, has helped provide support and solace to thousands of patients and their loved ones.

All of the proceeds of the 5K run/walk — more than $2.3 million since 2000 — go to the Olcott Center, which provides patients and caregivers with various support services and need-based financial assistance to cover the costs of such things as wigs and mastectomy and lymphedema products.

Kimberly Rudolph, special events manager for the Hospital Foundation, is heading the event for the fourth consecutive year. As a cancer survivor, she has experienced firsthand the comfort offered by the Olcott Center. “When you’re diagnosed with cancer, your head is just spinning,” she says. “But I was able to keep that element of hope and a positive attitude from the beginning because I had someone to guide me along the way.”

This year’s event — set for Saturday, September 20 — starts at Memorial Stadium and sends participants on a route south through Indiana University’s campus; there also is a mile-long kids run and family walk that loops around Assembly Hall. Registration for all events is $25, and nonparticipants can support the cause through donations or pledges to individuals and runners and walkers who have formed teams.

The event has grown from 2,000 participants in 2000 to more than 5,000 in 2013. Rudolph credits its founders, Karen Knight, the wife of former IU men’s basketball coach Bob Knight, and Dorothy Ellis. Cancer killed Knight’s mother and brother and afflicted Ellis’ husband, Tim, who has since made a full recovery.

“They had the drive, the connections, and the enthusiasm to get it off the ground and get it started the right way,” Rudolph says. “They reached out to the community, and the community has responded.”

For more information on how to participate, donate, or volunteer, visit their website. 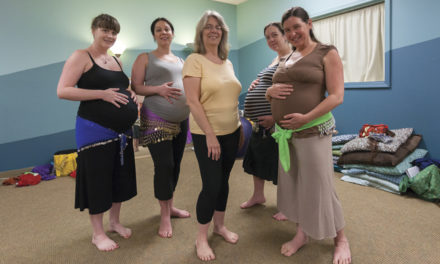