The 2014–15 Indiana University Theatre season is nearly ready to begin, and many new developments are in the works.

Beginning in late September, the slate of shows does include several classic plays, such as The Mystery of Edwin Drood, M. Butterfly, Pride and Prejudice, Into the Woods, and Romeo and Juliet. But the lineup also features lesser-known works including In the Red and Brown Water and contemporary dance concerts titled Encounters and Collisions and Hammer and Nail 2015, a collaboration between dance and Jacobs School of Music students.

“We [the Consortium] feel it’s important to champion new works, such as Good Kids, that provide quality parts for women and have enough roles so many students can participate,” Michaelsen says. “Plus, producing new work is valuable for the [Good Kids] writer Naomi Iizuka and director [Jonathan Michaelsen] to be able to work things out on stage.”

Alongside these new productions, the fall semester will introduce a handful of new theater and dance faculty, including Broadway choreographer Kenneth Roberson, veteran regional theater actor Rob Johansen, contemporary dance professor Nyama McCarthy-Brown, stage movement and combat expert Adam McLean, and Henry Woronicz, a Broadway actor with a long career in TV and film who played the role of King Lear in IU’s most recent production of the play. Woronicz will teach acting as a visiting instructor.

With the addition of Roberson and Woronicz, the theater faculty will boast five professionals who have worked on Broadway. “These connections to the professional stage are invaluable to students while they are training on our campus and when they embark on their professional careers,” Michaelsen says. “We believe our strong faculty and students bring the best in live theater to our community, and we look forward to a dynamic 2014–15 season.” 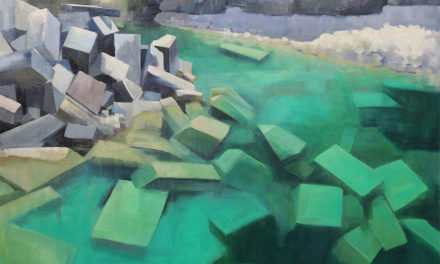