Some of the students in Shirley Blackledge’s dance class might have danced back in the day — several mention jitterbugging at dance halls during World War II. Others will tell you they never danced a lick before meeting Blackledge. But whatever their previous experience, they all dance now, most of them twice a week, every week. And they wouldn’t give it up for the world.

Blackledge, 90, teaches line dancing at Meadowood Retirement Community. She learned to line dance at age 72 after her husband, Wayne, suffered a stroke and could no longer be her dance partner. “I wanted to continue dancing,” Blackledge says. “The music and rhythm appeal to me.” The two were staying at an RV park in Texas that just happened to offer line dancing six days a week. “In line dancing, you don’t need a partner,” Blackledge explains. “It was the answer.” She soon recognized that line dancing could be great for other seniors without dance partners. It wasn’t long before she started teaching classes.

Blackledge says she sees her students — who range in age from nearly 70 to 95 — improving from the minute they take that first step onto the dance floor. “At first they think they can’t do it,” she says. “But they learn to focus, to remember. It’s marvelous for the memory. And now that they know the basic steps, they learn the dances very quickly.”

The class took its newfound dance skills public when members performed at the Meadowood Follies in March. “We received a standing ovation,” says Louise Martin, 89. “We were far from perfect, but it was a riot.”

Bill Bennett, marketing director at Meadowood, says Blackledge’s direction of the program means it will stick around for a long time. “She’s taken some of the burden off herself by training other instructors,” he says. “That’s smart, because she’s created longevity for a program she loves.”

As for Blackledge, she has no plans to quit teaching any time soon. “I’ll do it as long as I’m able,” she says. “Sometimes I lose my focus, but the class will stop me — which is great. That means they know what we should be doing, that they remember the steps. But in this class, we don’t make mistakes. We do variations!” 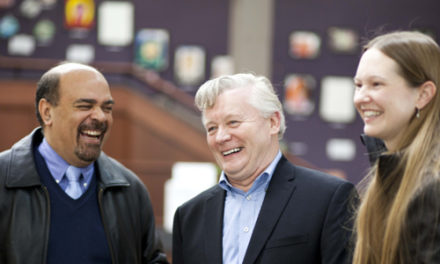 Look out for ‘Big Daddy Bob’ at the Farmers’ Market! 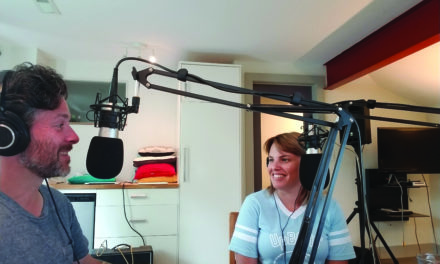