Cardinal Stage Company, which has exposed thousands of school children to live theater through its IU Credit Union Education Initiative, has entered an ambitious new phase: the creation of children’s musical plays with an educational focus.

“Our plan is to commission plays for specific subjects geared toward school audiences,” says Artistic Director Randy White. He envisions a series of plays that entertain and engage students through the wonder of science.

Last fall’s The Birthday Feast was Cardinal’s first foray in the series. Written by local author Scott Russell Sanders and with music by local composer Alex Crowley, the play focused on food and nutrition. It also was part of the 2014 Indiana University Themester program: Eat, Drink, Think: Food from Art to Science.

“When we looked across the country, not much was out there,” White says. “Using theater to study science is pretty cutting-edge right now.”

Cardinal’s second play is in the works right now. White commissioned playwright and Emmy award winner Glen Berger to write the script and lyrics. Berger’s credits include PBS shows Arthur; Curious George; and Fetch! with Ruff Ruffman, for which he was head writer. The search is on for a composer.

“He is a wonderfully eccentric fellow, and well-versed in science,” White says. Berger will focus on the idea of scale — how science is made up of things that are as small as electrons and as large as the cosmos.

“We want kids to see that everything you do is science,” White says. “It’s a way for kids to understand themselves. And we’ll make it rock ’n’ roll and fun. The goal is to have this part of the American theater community,” White says. “I’m excited about bringing something to the schools and putting Cardinal in the position of national recognition.”

This fall Cardinal will travel to elementary and middle schools in the surrounding counties to present the play. “We are packing everything in a van and touring,” White says.

Cardinal plans to set up in school auditoriums with a target audience of third to eighth graders. Through a $34,000 grant from the Duke Energy Foundation, up to 12,000 students will have an opportunity to see the play. 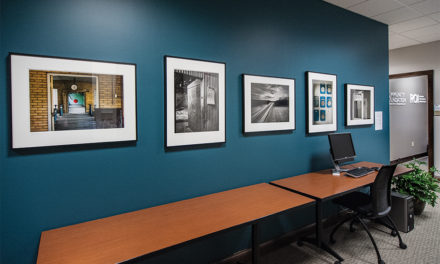