“There are many books about singing, but I don’t believe they help,” says Brendel, 67, who joined the Indiana University Jacobs School of Music faculty in 2011. “Every student is unique, and you have to teach each as an individual. It’s very difficult to predict how a given voice will develop.”

Brendel knows a thing or two about excelling at a young age. Selected to attend the prestigious Wiesbaden Conservatory of Music in Germany at age 16, he made his stage debut six years later, in 1969, and was soon heralded as a rising star on the German opera scene. In 1977, the Munich native became the youngest ever Kammersänger, or “distinguished singer,” recognized by the Bavarian State Opera, based in Munich.

Brendel went on to become the star Munich baritone of his era, landing leading roles in celebrated operas including Mozart’s The Marriage of Figaro and The Magic Flute, Verdi’s La Traviata and Don Carlos, and Wagner’s The Mastersingers of Nuremberg. He has performed on stages around the world, including more than 90 performances at The Metropolitan Opera in New York City and worked with the likes of Luciano Pavarotti and Plácido Domingo. In 1997, he was awarded The Order of Merit of the Federal Republic of Germany. Before coming to IU, Brendel taught at the University of Music and Performing Arts in Munich.

As for Bloomington, it has won his heart. “The combination of beautiful scenery and the university is fantastic,” Brendel says. “I have wonderful colleagues, some of whom I’d sung with before [coming to IU], and I respect them all.”

After 45 years of performing and teaching, what keeps him going? To his mind, he has little choice. “There’s something in every musician that has to come out,” says Brendel, who still performs and tours. “I simply have to be on the stage — I was made for it.” 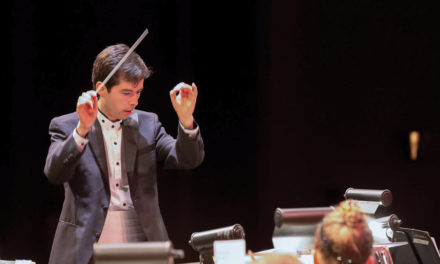