The Death Cafe Movement Has Arrived in Bloomington

While death may be inevitable, it is not easily talked about. The Death Cafe movement is working to change that.

“Death Cafes are a way for people to talk to each other and share experiences,” says Marielle Abell, physician assistant with the Palliative Care Team at Indiana University Health Bloomington Hospital. “Too often we see people dealing with these issues when they are acutely ill or trying to figure out what their parents want or need after they have had a stroke. Initiating these conversations earlier makes it easier for everyone.”

The Death Cafe movement began in London, England, in 2010 and quickly spread around the world. According to the organization’s website, deathcafe.com, there have been 2,071 Death Cafes in 31 countries. The official objective is “to increase awareness of death with a view to helping people make the most of their (finite) lives.”

Two Death Cafes have been held in Bloomington. The first was hosted by Ingrid Skoog and Monica Doyle in March, the second by Mary Ann Macklin and Lauren Bryant in April. “We weren’t aware these events were coinciding,” Skoog says. “But it seems like the time has come for the DeathCafe.” The two groups are now combined asDeath Cafe Bloomington and will host their next conversation on June 28 from 2 to 4 p.m. at the Monroe County Public Library in Room 2A.

Each Death Cafe is group directed, with no objectives or themes. It is a discussion group, not grief support or counseling. Participants come for a variety of reasons. “I wanted more grace in accepting my own mortality and the loss of people I love,” Skoog says about attending her first Death Cafe inIndianapolis.

Some may want to learn how to talk about death. “Death used to be a part of our everyday lives,” Macklin says. “Now people don’t know how to start those conversations.”

Attending a Death Cafe might allow a discussion to come more naturally. “Sometimes just telling someone you went to a Death Cafe will open up a conversation,” Bryant says. 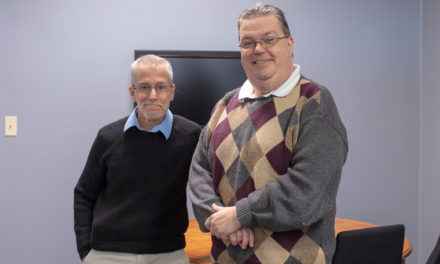