Mason Cassady and Rachel Irvine on the bridge connecting the Thai mainland to the inlet island Uthai Thani. Courtesy photo

Mason Cassady and Rachel Irvine wanted to learn about everyday life in other cultures. Bicycles, they felt, would be the best way to go.

In all, Mason traversed 17 countries in Europe and Asia. Rachel joined him two months into the trip and traveled through nine countries on the two continents. Their journey ended in April with a route across the southern United States. Many times they were tested both physically and emotionally. Days of rain, snow, extreme heat, and freezing temperatures beset them. Numerous flat tires slowed them. And, at times, total exhaustion overcame them.

“We are not expert cyclists with the latest high-end gear and training,” Mason says. In fact, what they took were the road bikes they had used in college for commuting, a compact tent, and a small cookstove. “We just knew we would have extra-special encounters, experiences, and challenges if we did the trip on bikes,” he says.

And they did. No matter where they went, the couple report, people were gracious and giving, willing to share a bit of their lives, often their food and homes as well, and offer a helping hand, if needed, to these two young American strangers.

Mason, 24, and Rachel, 25, came home with a treasure chest full of stories. “We were constantly seeing new things and meeting new people,” Rachel says. “There were ups and downs, like a microcosm of everyday life. The trip also gave us a chance to meditate and be in our own mental space during those many hours of riding.”

While pedaling 40 to 120 miles a day, they were enthralled by views of lush forests, pristine mountain vistas, and fields fat with wheat, corn, pomegranates, and other crops. But they also saw pollution, poverty, and shocking inequities. They gained insight into other religions and other ways of life. And they learned lessons, too, they say, about living a meaningful existence.

Beginning on July 6, 2014, Mason cycled some 7,000 miles in 10 months. After Rachel finished teaching a yoga class at Vibe Yoga and Pilates Studio, she flew to meet him in Hungary on September 6, 2014, and the two traveled together for more than 5,000 miles over the next eight months. 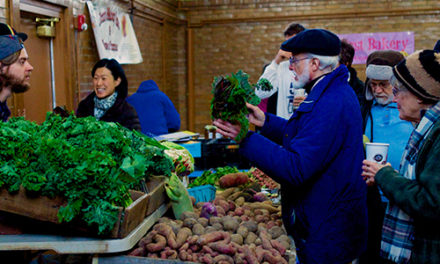