The story centers on Alyssa Peabody, an 11-year-old girl who, while waiting to use the bathroom, wonders why her football player older brother, Brian, has to pee so often. Seeking an answer to this seemingly silly question triggers a series of investigative adventures involving encounters with groundbreaking scientists such as Sir Isaac Newton and Margaret Hamilton (lead software engineer for NASA’s Apollo moon missions), a science fair, and the president of the United States.

“Part of the message of the play is that science can be fun,” says Cardinal’s Artistic Director Randy White. “Glen does a great job of dramatizing, in a very funny and entertaining way, how the scientific process works.”

Like last season’s nutrition-themed original production, The Birthday Feast, White says the new play is part of an ongoing project to use theater as a tool to educate young people and to generate discussion about scientific topics. To that end, Berger and White were careful to align the script with the educational goals of local schools’ science curricula. To make sure a play about the science of urination would not be seen as offensive, White staged two readings for teachers and school administrators.

“They loved it and didn’t find it at all offensive or off-putting,” White says. “Glen did a great job of getting across how important bodily functions are to the history of science.”

Part of the value of staging plays about science, White says, is that theater has a unique ability to link the scientific process to lived human experience. For example, to solve the mystery of her brother’s frequent peeing, the play’s 11-year-old protagonist has to interact and contend with supporters and detractors and overcome obstacles on her path to discovery.

“What any good piece of theater tries to do is to put the audience in a situation where they can imagine themselves participating and identifying with the story,” White says. “I hope this production will trigger curiosity and interest in science for our audience.” 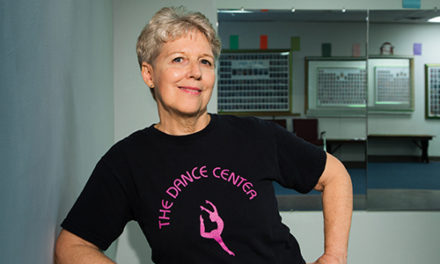