They may not get a paycheck, but dogs and cats have been productive members of the Bloomington labor force for decades. Take, for example, the various cats sitting in the front window of Pygmalion’s Art Supplies, 108 N. Grant St., for the past 40 years. “We have people who come in just to pet the cats, and many times they end up buying something,” says John Wilson, the store’s current owner.

Merribeth Fender, co-owner of Athena, 116 N. Walnut, has been bringing dogs to work for 23 years. Her first two dogs were “big boys” who made her “feel safe working alone in the store at night,” she says. “But a year ago, I decided to downsize.” Fender adopted Emma, a Lab mix, who works alongside Ruby, an Australian shepherd mix, the store’s main greeter dog.

Dogs work in offices, too. At Bloom, canine correspondent and greeter Sophie Abrams, a shelter beagle mix, is said to have set a world record by being named Employee of the Month for 100 consecutive months. “She’s in the Guinness Book of World’s Records,” according to Bloom Editor Malcolm Abrams. “You can look it up.” Sophie is now semi-retired and drops by the office only when the spirit moves her.

McKenzie May Goodrich, owner of Shine Insurance Agency, brings her two dogs to work with her two to three days a week. Both Carrot, a feisty 12-pound terrier mix, and Barney, a sweet-tempered Lab mix, were adopted from a shelter. Goodrich says the dogs make her feel safe when she’s in the office alone. But they also have job responsibilities. “They make very sure that the office floor is free from any scraps of food,” Goodrich says. In addition, both dogs have loaned their images to marketing materials.

Luci McKean, assistant director of the National School Reform Faculty, which fosters educators’ professional development, has been bringing her dog, Holly Holiday, to work since she was a puppy. “There is more of a family feeling now that I have my dog in our office,” McKean says. Having to get up from her desk to take out Holly Holiday also protects McKean from the dangers of sitting too long. And, McKean says, on their walks around the Harmony School grounds, where the center is located, Holly has helped some students overcome their fear of dogs. 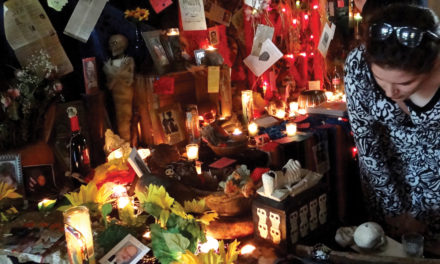