As a 2-year-old, Eleanor Cook became captivated by the stories of children fighting cancer highlighted in St. Jude Children’s Research Hospital calendars. She repeatedly asked her parents, Carl and Marcy Cook, to read them to her.

Those stories made a lasting impression. She carried the calendars around the house, memorized some of the stories, and prayed for the children.

As she grew older, she wanted to do more. Eleanor started giving her birthday money to St. Jude when she turned 5 and began selling lemonade shake-ups to raise additional funds. “If I donate money, it gives them more money so they can find more stuff to cure,” says Eleanor, who is now 6 and a Childs Elementary School kindergartner.

But after Marcy Cook traveled to St. Jude with Danna Harbstreit to present Eleanor’s birthday check of $441, Eleanor and her sister, Shaunacee, 16; along with Danna’s two sons, 9-year-old Zed and 12-year-old Gunnar, started thinking a lot bigger. Now, with the help of their parents, the four children are planning a St. Jude gala at the Bloomington/Monroe County Convention Center on July 1 to raise money for the Memphis, Tennessee-based hospital.

St. Jude treats children with cancer and other life-threatening illnesses and researches cures for those diseases.

“I want the kids to be better and to donate money for them to be better,” Eleanor says. Eleanor and Shaunacee are the granddaughters of the late Bill Cook, co-founder with his wife Gayle of the medical-device maker Cook Group, now led by their son, Carl. Nathan Harbstreit, Zed and Gunnar’s father, is a Cook corporate pilot.

Shaunacee, a Bloomington High School South rising junior, shares her sister’s enthusiasm. “I think it’s a really awesome organization,” she says. “They don’t charge any of the patients and they share their treatments with other hospitals.”

The families have created an organization, Connect 4: For Kids by Kids, to continue hosting events.

The gala, called A Night to Create a Smile, includes dinner and a show by Kokomo comedian John Branyan. To purchase tickets, visit placedforpurpose.com/stjudegala.html or call 812-331-1025. 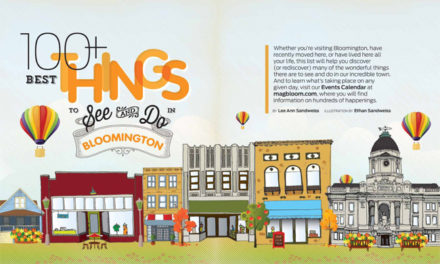