Chamber ensembles rarely perform all 16 of Beethoven’s string quartets or all 15 of Shostakovich’s quartets in live, back-to-back concerts, but this is exactly what the Grammy Award–winning Pacifica Quartet is doing this summer at the famed Ravinia Festival in Highland Park, Illinois. Their Beethoven cycle spans five concerts beginning on a Friday evening and ending 48 hours later.

The ensemble has also performed the complete string quartets of Mendelssohn and Elliott Carter in other live performances. “These big cycles keep us fresh,” says violinist Sibbi Bernhardsson. “When you immerse yourself in a great composer’s cycle, you start breathing the music.”

In addition to Bernhardsson, the quartet, formed in 1994, also includes Simin Ganatra (violin) and Brandon Vamos (cello), who began playing together as teenagers in Minneapolis, Minnesota, where Ganatra was studying with Vamos’ parents, both noted teachers. The pair, now married, met up with Bernhardsson, who hails from Iceland, as students playing at summer music festivals. They became friends and quickly discovered a shared musical vision. Masumi Per Rostad (viola), raised in New York City, joined in 2001.

While maintaining their robust concert schedule — 90 performances worldwide annually — the members each coach eight to 10 string quartets per semester, as well as individual students.

“Playing in a quartet hones students’ technical skills,” says Bernhardsson. “But it is also a great learning experience on a human level.” The young musicians are taught to expand their awareness beyond their own playing, to listen deeply to the other players, and to be open to different opinions.

“The end result can’t be a compromise,” says Ganatra. “It doesn’t work.” Instead, the players must reach consensus about how to perform a particular piece, a process that takes time and a willingness to let go of one’s ideas when necessary.

“Everyone has a defensive side,” says Vamos, “but you have to fight against that, especially if you don’t have experience.”

The payoff for students is priceless. “The Pacifica Quartet has transformed the school’s string chamber music program,” says Gwyn Richards, dean of IU Jacobs School of Music. Undergraduate quartets have been accepted into prestigious, highly competitive music festivals. The Verona, Azalea, and Zorá quartets have won coveted prizes. Verona and Zorá are now under professional management.

Meanwhile, the Pacifica Quartet itself is constantly learning and commissioning new works. “We devour repertoire in a way a lot of quartets don’t,” says violist Per Rostad.

The ensemble has released more than a dozen albums and in 2017 will start recording Beethoven’s complete string quartet cycle. For the 2018–19 season, they will premiere a work by David Dzubay, chair of the Jacobs School’s composition department. For an upcoming concert schedule, visit pacificaquartet.com. 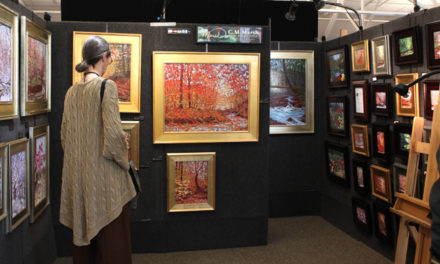