The Tecumseh Trail Marathon: A Tough Run Through Woods With its steep climbs and switchbacks, the Tecumseh Trail Marathon is a race runners must prepare for and respect, says Kim Benton. The 48-year-old Bloomington woman should know. She’s done it six times. “It’s very hard, but I like it because it’s point to point and it’s gorgeous the entire way,” says Benton, who also runs other marathons and longer races. “The trail is so beautiful, but it can be taxing on your quads,” she adds. Because of an injury, she can’t run it this year, but wishes she could.

The 13th annual race, scheduled for October 29, was the first trail marathon in Indiana when it started and it’s one of just four or five in the state now, says Brian Holzhausen, director of DINO (Do INdiana Off-road). DINO and the Hoosier Hikers Council, a nonprofit organization that builds and maintains trails, jointly started and operate the race and share its proceeds.

“Tecumseh is definitely one of those don’t-miss events,” says Terry Fletcher, president of Indiana Trail Running, a nonprofit group that hosts regular training runs. He’s run Tecumseh six times. “I’m a true trail runner. It brings back the kid in me,” Fletcher says. “It’s not about the pace or overall time. Mostly, it’s about being in the woods and running with friends.”

The race, with a total ascent of 3,500 feet, follows the northern part of the Tecumseh Trail through the Morgan-Monroe and Yellowwood State forests. Runners are shuttled by bus from the Yellowwood Lake area to the starting line near the Morgan-Monroe State Forest office.

Until 2014, the race was in December but organizers switched to October because of bad weather and problems getting volunteers to aid stations. Before the switch, the race attracted up to 700 runners, including many from out of state who wanted a winter run, and road marathoners who wanted a fun run, says Holzhausen. Since then, participation has been between 200 and 300 because road marathons are still going on in October and fewer out-of-state people register. “It’s back to the origins of the event, with mostly Indiana people,” he says, “but we’re hoping we can rebuild the reputation on the new date.” For information, visit hoosierhikerscouncil.org or dinoseries.com. 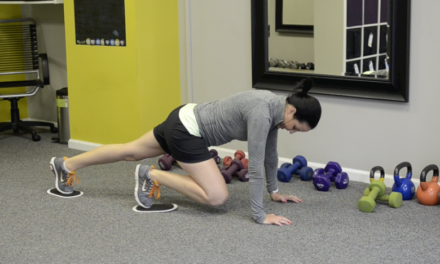 Weekly Exercise: Workday Stretching and Strengthening of the Hips and Glutes