As a community orchestra, Bloomington Symphony Orchestra (BSO) is dedicated to ensuring that everyone has the opportunity to learn to play and appreciate music. But for some families, the cost of purchasing and maintaining an instrument can prevent their children from participating in music lessons and developing musical skills. To help, the BSO created the Children’s Instrument Recovery Program (ChIRP).

“We want music to be accessible to those who, for various reasons, cannot get instruments on their own,” says bassist Audrey Williams, president of the BSO board of directors and director of ChIRP.

Founded in 2001 by former BSO board member Frank Galiani, ChIRP loans instruments to children at no cost. The loan is for a period of one year and can be extended for up to three years. The only eligibility requirement is that the recipient be involved in a music program, such as at school or through the Boys & Girls Clubs.

When Williams joined the BSO in 2011, ChIRP had been dormant for several years. She immediately set about reviving the program, and under her leadership it has thrived. Since 2011, more than 130 ChIRP instruments have been loaned to children in south-central Indiana.

Marvell estimates he spends six to eight hours on an instrument when ChIRP receives it. He also performs routine maintenance on ChIRP’s inventory of string instruments so they are in top condition for the young musicians.

“Having an instrument that doesn’t work right is almost worse than having no instrument at all,” Marvell says.

Williams and Marvell agree that ChIRP reflects the BSO’s commitment to making music accessible for everyone.

“It fits the BSO’s mission statement exactly,” Marvell says. “It puts their money where their mouth is.” 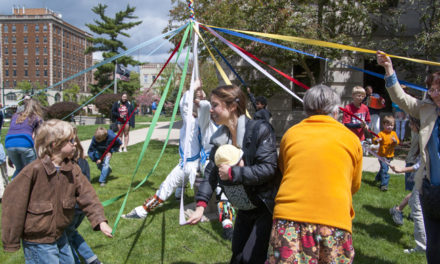