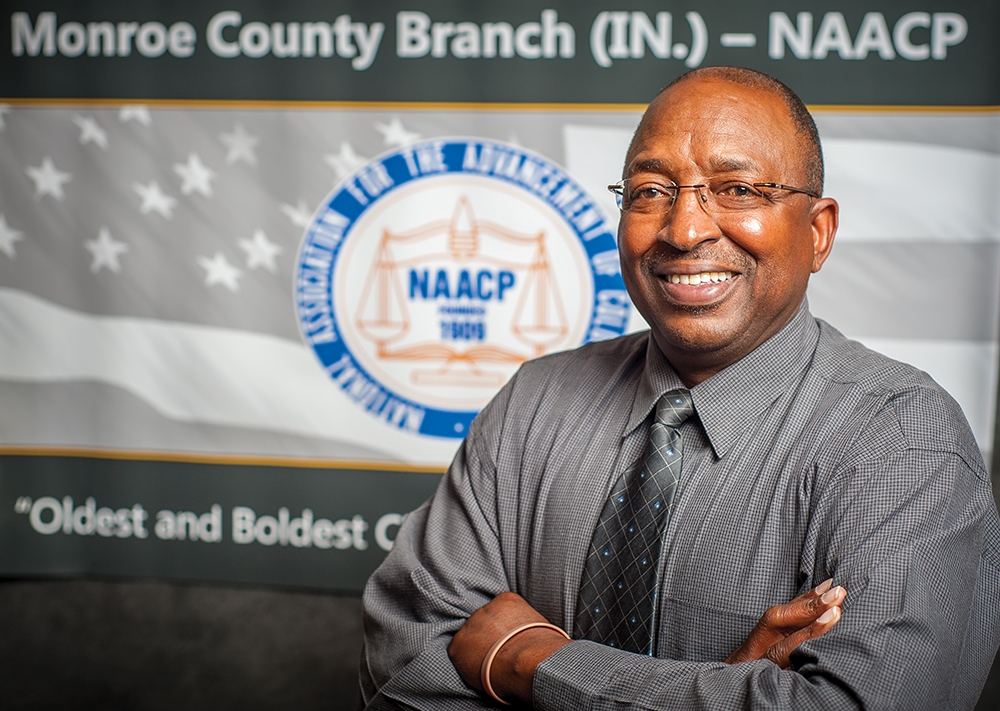 James Sims, new president of the Monroe County Chapter of the NAACP. Photo by Rodney Margison

James Sims, newly elected president of the Monroe County Chapter of the NAACP (National Association for the Advancement of Colored People), uses a clinical metaphor to describe his organization’s mission. “When the majority in America gets a cold, underrepresented minorities get pneumonia,” he says.

“NAACP is the oldest, boldest, most widely recognized grassroots organization fighting for civil rights in this country,” Sims intones. “We don’t only work to benefit people of African American descent. We work with as many different kinds of groups as we can—any who welcome us. Any individual or group can contact us if they have been discriminated against, for whatever reason.”

The NAACP was created in 1909. Its Monroe County chapter was formed in 1978. Sims is its third president and heads a slate of newly elected officers.

Sims, 60, has worked at Indiana University for 30 years. He is an area manager for facilities in Residential Programs and Services where he oversees about 65 custodial and maintenance workers. Raised in Muncie, Indiana, Sims moved to Bloomington in 1975 to attend IU. That’s where he met his wife, Doris, an Evansville native who now serves as Bloomington’s Housing and Neighborhood Development director. In February, she received a Living Legend Award at the City’s annual Black History Month Gala. “I feel as though I’m living with a superstar,” Sims says.

The Bloomington NAACP chapter receives Action Alerts from the NAACP state and national offices. “We have criticized some of President Trump’s cabinet nominees,” Sims says. “We’ve seen more racially insensitive acts across the country and even in Monroe County since the election. This administration’s policies aren’t discouraging those acts.”

Locally, the NAACP opposes the Republican redistricting plan in Indiana, as well as the ISTEP standardized testing in the schools, which it sees as racially biased. “We’re fighting to hold on to the progress that’s been made over the past few years,” Sims says.

Sims is upbeat about Bloomington’s commitment to minority relations. “We have a better relationship with the police in Bloomington than in many other places in Indiana,” Sims says. “We know Chief [Michael] Diekhoff. We know the cultural bias training his people get. We’ve had the opportunity to vet police officers before they’re hired. It’s not perfect, but it clearly is better than in many cities.” 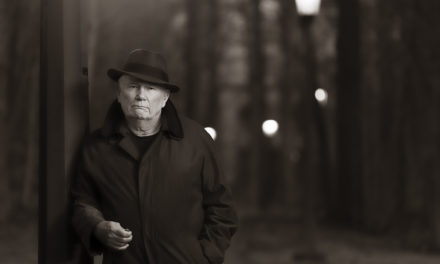