Rhino’s Youth Center, a division of Harmony Education Center, is celebrating its 25th anniversary this year. Almost as old as the center itself is the first after-school program it offered—Youth Radio.

Rhino’s Youth Radio Director Nick Romy, 29, says the allure of the program is that it gives local teens a voice. “As a teenager, there’s this inherent sense of underrepresentation, where the world doesn’t feel like it’s behind you,” Romy says. “This program is an amazing chance for kids to share the things they’re interested in, the music they love, or their ideas, on a platform that’s heard all around south-central Indiana.”

Youth Radio is a partnership with WFHB-FM and is open to anyone age 13–20. On Saturdays from 6 to 10 p.m., participants can DJ, record podcasts, and run talk shows at the WFHB studio. “DJing is the most popular thing that happens, but it’s across the board,” says Romy. “We have a wide breadth of opportunity to create any kind of content that teens are interested in creating.”

Past participants have gone on to enjoy careers in radio. Former participants Bethany Lumsdaine and Jessie Grubb host Shut Up and Listen, a weekly radio show on WIUX-FM. Romy himself is an alumnus of Youth Radio and hosted a radio show on WFHB for two years. He says everyone in the program learns valuable life skills, including how to work in a team, speak in public, multitask, and stay organized.

Youth Radio participants Zoe Johnson, 17, and Abigail Barrentine, 15, joined the program in April. “I’ve always been interested in radio, but I didn’t know exactly how I would get into it, so this is really cool,” says Johnson. “I’m really excited that people are going to hear me.”

Says Barrentine, “I’m just interested in being able to express myself to people.”

Teens are encouraged to drop by the weekly Youth Radio meetings at Rhino’s, 331 S. Walnut, on Thursdays at 4 p.m. Romy and program participants use the meetings to discuss upcoming shows, brainstorm project ideas, and pre-record material. The program is open year-round. 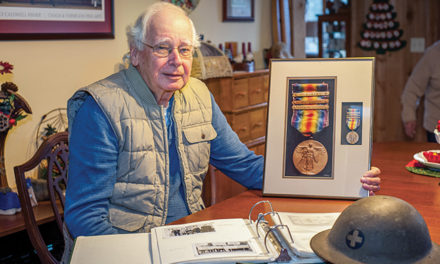