“Art should ask large questions,” says Paul Daily, artistic director of the Ivy Tech John Waldron Arts Center. “We use our shows to ask questions and stimulate thought and conversation.”

Daily says Ivy Tech Student Productions’ three 2017–18 shows stand on their own, but together pose a set of related questions.

The season opened in August with War of the Worlds, director Jonathan Golembiecki’s theatrical exploration of the 1938 Orson Welles-narrated and -directed radio script of the same title, itself an adaptation of H. G. Wells’ 1898 Martian-invasion novel. The radio broadcast is said to have thrown Americans into a panic. Daily says the play asks, “What happens when the news we consume is unreliable? How does it affect our beliefs?” WFHB (91.3 FM) will air the performance at 8 p.m. on October 29.

David Anspaugh, director of the films Hoosiers and Rudy—and a Bloomington resident—will direct the season’s second production, a 2006 musical adaptation of the 1891 German play Spring Awakening, October 20–28. In the musical’s suppressive society, teens discover their bodies, rebel against their parents, and seek truth on their own. “No one would think of me working in the musical genre,” says Anspaugh. “Paul is giving me a chance to realize an all-time dream.” Daily says Spring Awakening asks, “How does false information impact our lives, even in cases when we try to correct the misinformation?”

The season closes with Anon(ymous), directed by Daily April 6–14. The play is a reimagining of Homer’s Odyssey, and traces the journey of Anon, an immigrant who leaves his war-shattered homeland with his mother, becomes separated from her in a shipwreck, washes up on an American beach, and negotiates deception and treachery to seek his mother and a new home. The season’s final questions: “How do we make our way through a world of misinformation?” asks Daily. “How do we see through to the truth?

“These plays ask questions larger than just one moment in time,” says Daily. “But the questions also happen to be very relevant to today’s political reality.”

Tickets are $5 for students and seniors, $15 for general admission. Purchase online at bctboxoffice.com. 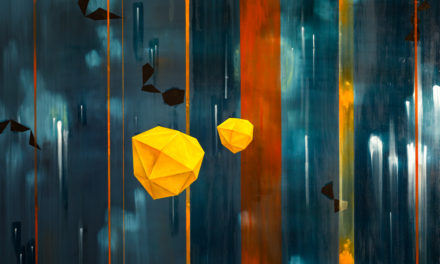