Kindergarten student Audriannia Fair gets help from Fairview Elementary School Principal Marti Colglazier as she tries on her new boots, while classmates Immanuel Duncan and Kendal Ray watch and await their turn. Photos by Rodney Margison

All 320 students at Fairview Elementary School received a free pair of boots on Friday, January 19. They weren’t even expecting it.

That morning, the children at Fairview had their feet measured during class. Unbeknownst to them, they would later be invited to the school’s main office to receive brand new boots donated by PLAE, a lifestyle brand that provides quality footwear for kids and adults.

“In general, it’s a high needs population that goes to school here,” says Fairview Principal Marti Colglazier. “We didn’t ask for this, so this is truly just a gift that we’re really grateful for.”

PLAE CEO Jonathan Spier was inspired by a close family friend to host a mass donation of boots to Fairview through his company’s website. The friend, Tony Reilly—or “Uncle Tony” to Spier—works with the Kids with Absent Parents (KAP) program, part of the Unitarian Universalist Church of Bloomington’s Hope for Prisoners Task Force. The program works as an informal support group for caretakers of children who have an incarcerated parent.

Through KAP, Reilly met a mother of three whose husband was in jail. Two of her children attend Fairview, and late last year she told Reilly that boots were “the only thing they wanted and needed for Christmas.” When Reilly reached out to Spier for help, he wrote back, “I would be delighted to give three pairs of boots. And by the way, maybe there’s something that PLAE can do to extend this and to make it bigger.”

Soon after, Spier arranged for PLAE to donate one pair of boots to Fairview for every pair purchased online at the PLAE website, plae.co, for $84.95 or more through the end of December 2017. In total, 405 pairs of boots were donated. The leftover boots will be shared with other children in need. “He’s a giver,” Reilly says. “He’s truly a giver.”

The boots arrived to Fairview in several different colors and styles, and the children eagerly put them on with the help of Fairview faculty and staff members. “It’s exciting to be able to give something to someone that’s not expecting it or asking for it,” says Colglazier. “It’s like a late Christmas gift.”

CHECK OUT THIS PHOTO GALLERY FROM THE FAIRVIEW ELEMENTARY BOOT GIVEAWAY. (Click on the photo below to start the slideshow. Use the on-screen arrows or the arrows on your keyboard to navigate forward and backward.) PHOTOS BY RODNEY MARGISON 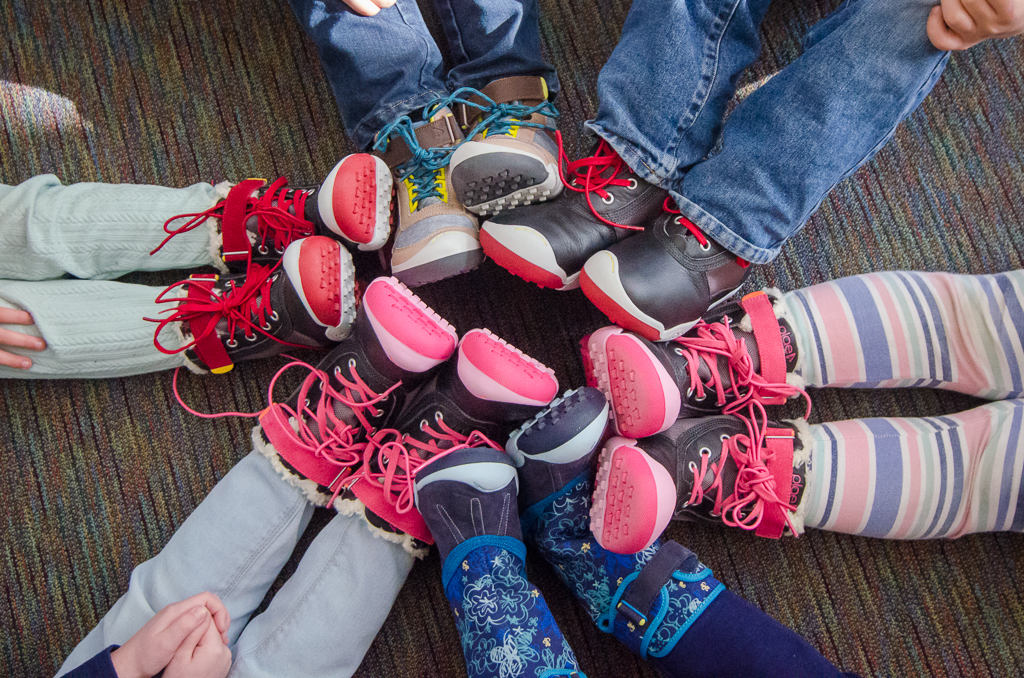 The Indiana Limestone Symposium: Where Carvers of All Kinds Gather (Photo Gallery)