Joshua Johnson, an Ivy Tech Community College–Bloomington student, kept hearing the same comments from international students. They told him language barriers make it difficult to communicate their needs to others, that they sometimes struggle accessing basic resources and public services, and sometimes it’s simply hard to adjust to American culture.

After hearing these stories again and again, Johnson, a software development major, decided to find a solution by applying his entrepreneurial skills to the problem. In July, he created Hopper Home Helper, a concierge service that connects customers to options for transportation, housing, dining, grocery shopping, entertainment, and other necessities. Hopper Home Helper is designed to ease the transition for international students and to assist anyone needing help finding goods and services in Bloomington.

“I wanted to practice the skills I’m learning and put them to good use in making something useful to others,” says Johnson, 24, who works 20 hours a week assisting students in the Ivy Tech Express Enrollment Center, and who serves as president of the school’s student government association. He says he heard about students’ concerns through these positions and during informal language exchanges with Chinese students.

Earlier this year, Johnson started work on the website with the help of his Ivy Tech instructors. In April, he entered Ivy Tech’s Duke It Out Business Pitch Competition, sponsored by Duke Energy. He won second place, earning a $300 award and the chance to work on the idea at the Ivy Tech Cook Center for Entrepreneurship.

Johnson says anyone who signs up for services at Hopper Home Helper gains access to a concierge who will answer questions and find resources. Services are available 24 hours a day, seven days a week. Clients can pay a monthly fee starting at $9.99, or an hourly fee for individual tasks.

Johnson, who grew up in Indianapolis, expects to graduate from Ivy Tech in May 2018 and hopes to enroll in the Indiana University School of Informatics, Computing, and Engineering. Next, he plans to work for a software development company. Ultimately, his goal is to run for elected office, specifically the U.S. House of Representatives. 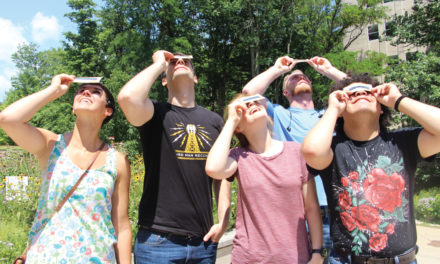