After dinner with friends, we usually enjoy a small glass of grappa or brandy. But with winter approaching and the holidays in sight, we turn to port for its Old World warmth and cheer. My wife, Jan, enjoys bringing out her precious antique crystal glasses for the occasion.

Throughout the 19th century, port was a necessity of Victorian dinner and conversation, and in high society it was served with dessert. The strict etiquette of the time required the ladies to retire to the sitting room for separate conversation after dinner, while port and cigars were served to the men. Thankfully, that doesn’t happen today.

Charles Dickens sprinkled his stories with plump, jovial workingmen and merchants convivially imbibing a glass. Dickens, himself a renowned imbiber, wrote in A Christmas Carol of his favorite drink, “Smoking Bishop,” a punch made with mulled wine, port, and lemon.

Times changed, port lost favor, and was considered old-fashioned through the 20th century. Today, interest is reviving and is particularly strong among those age 35 and older, but millennials are showing interest as well. Ruby is the youngest, lightest, and least complex of the ports, and the least expensive. The wine is bottled after aging in oak casks for 1 1/2 to 3 years. Kopke Fine Ruby Port (Big Red Liquors, $12.99) is simple but well-made, with balanced sweetness and acid, and flavors of cinnamon, almond, plum, and cherry.

Of more than a hundred grape varieties sanctioned for Portuguese port production, Touriga Nacional is preferred. Elsewhere, makers use a wide variety of grapes. At the time of this writing, Butler Winery is preparing its 100 percent Chambourcin Old Barrel 2017 (anticipated $22 at the winery), a very drinkable ruby style, sweet with a sharp acid background. Oliver Winery’s Creekbend Tawny 2014 ($25 at the winery), from Chambourcin and Vignoles grapes, is deep copper, with flavors of dates and nuts.

Tawny port ranges from young and simple to old and complex. Tawnys remain in the vat or cask up to 80 years to gain richness and complexity. Wine Enthusiast Magazine describes Kopke 40 Year Old Tawny Port (Big Red Liquors, $109.99) as “a wonderful blending of sweet, caramel flavors and old wood (that) seeps into what is still a surprisingly fresh wine.”

If, after two years in the vat, a vintage shows sufficient structure and potential for aging, the vintner, with approval from Portugal’s Port Wine Institute, can “declare a vintage,” and bottle the wine as vintage port. Otherwise it is treated as a tawny port. Unlike ruby and tawny, vintage port ages in the bottle and is usually “laid down” in the owner’s cellar to soften and gain complexity. Quinta do Noval 2011 Vintage Port (Big Red Liquors, $89.95) is described as dense and intense; harsh to drink now, and needing several decades to develop.

Port is especially tasty with walnuts or toasted pecans, gorgonzola, Roquefort, and other strong cheeses. And, of course, chocolate.

Let’s raise a glass and drink to holiday cheer and goodwill. 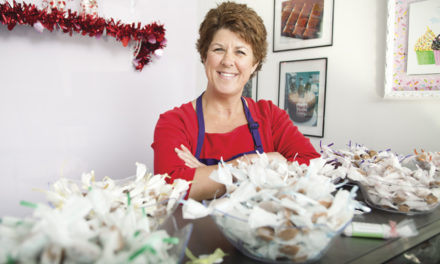