All-female vocal and percussion group Kaia will perform in its last concert on Sunday, May 6 at 7 p.m. The show, entitled “Moving On!,” will celebrate the release of the group’s latest album, Messin’ Around, and will take place at Congregation Beth Shalom at 3750 E. Third St.

Kaia a seven-member ensemble that performs world music in over 25 languages, has a repertoire that includes sounds from the Deep South, Russia, and Finland and topics that cover dance, sex, religion, and politics. Founded by Cairril Adaire in 2004, the group has performed extensively in Bloomington and Columbus, Indiana, and headlined the Lotus World Music and Arts Festival in 2009 and 2014. “Moving On!” will feature Kaia’s favorite tunes from its career, including anti-war songs, ballads, and music from the new album.

The suggested ticket donation is $10. Tickets are available in advance on bctboxoffice.com. To donate less than $10, get your ticket in-person at the BCT Box Office or pay at the door. Messin’ Around will cost only $10 at the event, and guests will be able to purchase past albums for $5 each. A Road Trip Not Taken 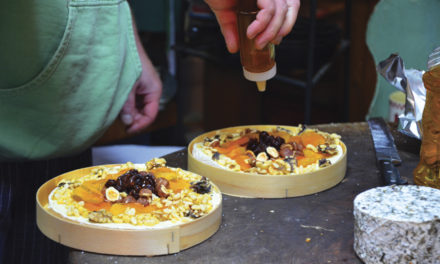