Aaron in the pool at the Southeast Monroe County YMCA with his dad, Duncan Myers. Photos by Rodney Margison

Getting married, having children, and raising them to an age where they can set out on their own is something many couples envision. When a child is born with a disability, families learn to adjust and, with the help of a supportive community, a new path is laid out. Over the past three decades, Duncan and Paula Myers have found the integrated medical, educational, and supportive services they need to raise their son, Aaron, here in Bloomington.

When the Myerses married 40 years ago, they were eager to start a family. Their first son, Adam, was born in 1981. Early in his childhood, it became apparent that Adam had severe mental and psychomotor disabilities. His condition was so rare it had no name. Doctors told the couple there was a 10 percent chance they might have another child with the same disability; their second son, Aaron, was also born with the syndrome. The disorder is still unnamed and has been studied in just 11 families around the globe. It is linked to a recessive gene. Adam died when he was 8, a year after Aaron was born. Three years later, the couple adopted a daughter, Michelle, now 27.

Both Duncan and Paula’s careers have been shaped by their experiences with their sons. Paula has worked as a supportive living administrator for 19 years at Stone Belt Arc, a provider of services for people with developmental disabilities, allowing her to spend her days near Aaron, who is a client there. That has proved helpful when he has moments of frustration and acts out by physically harming himself. “He does this to call attention to something that’s bothering him, since he can’t express himself in any other way,” Duncan says. “But usually, as soon as he sees his mother, he’ll calm down.” Duncan has his own online company, Duncan New Media Solutions, which allows him the flexibility to spend more time with Aaron. A favorite activity is swimming at the Monroe County YMCA. Duncan and Paula also work with the Special Olympics Indiana Winter Games, where they have become certified adaptive instructors.

Aaron received special education services from kindergarten through high school within the Monroe County public school system. Now 29, his weekdays are spent at Stone Belt, followed by evenings and nights at Stone Belt’s Festive House, a group home he shares with four other special-care residents. On weekends, he stays with his parents in Elnora, Indiana, where the family still lives in the home where his mother grew up.

When asked how he and Paula feel about raising Aaron and the challenges they face, Duncan says, “I believe God assigned me this special task of taking care of my sons, and I take it very seriously.” 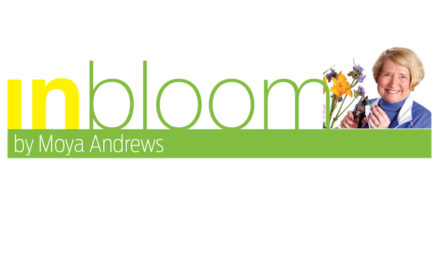 A Most Unusual New Venue For Weddings and Parties