Emily Pike with some of her charges at The Nest. Photo by Martin Boling

Since 2011, New Hope for Families has sheltered families experiencing homelessness, and Emily Pike has been a part of the nonprofit organization’s mission since she came on board in year two. Now, after serving as director of New Hope’s early childhood development program, she is the executive director, taking over in January after the departure of former director Elaine Guinn.

New Hope is located in a row of houses on West 2nd Street provided by IU Health Bloomington Hospital and is in the midst of developing plans for relocation when the hospital moves to its new facility in 2020.

“My primary focus right now is the relocation project,” Pike says. Plans are to continue to house eight to 10 families, but to expand the number of children in The Nest, New Hope’s child care facility, from 16 to at least 48. “And we would like to provide services to a wider variety of families,” Pike says. “Affordable housing and affordable child care are the greatest needs in our community. We’re thinking of innovative ways to meet those needs.”

Pike says she feels New Hope’s shelter model is already innovative, offering housing that allows families to remain intact, and providing immediate case management services, even in instances where families are not living at New Hope but are instead in temporary housing through a partnership with the city.

“What we’ve learned is that if we offer case management immediately, those families often don’t end up needing shelter,” Pike says. “We can get their paperwork started and get them into stable housing right away.”

Pike says statistics show New Hope’s approach works. “In the past two years, more than 80 percent of the families in shelter have successfully transitioned to permanent housing, compared to just 57 percent statewide,” she says. “We’re really proud of that.”

Another point of pride is The Nest. Children are provided three meals a day while under the supervision of licensed early childhood educators. “Families in these situations often take what they can get, but in this moment, they don’t need something that’s better than nothing. They need something excellent. And these interventions can be the silver bullet.” 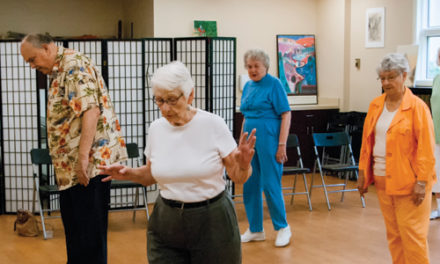