Moving is widely acknowledged to be one of life’s most traumatic events. Almost no one looks forward to it. Now, imagine not only moving all of your worldly possessions, but also nine pigs, eight chickens, five goats, four cats, three cows, and two dogs.

Mark and Michelle Pruitt, founders of Uplands PEAK Sanctuary for farmed animals, faced just such a challenge when they moved the 5-year-old sanctuary and its residents from Salem, Indiana (about two hours southeast of Bloomington), to Freedom, Indiana (about 45 minutes to the northwest).

Despite the difficulties of relocating, there were a lot of positive reasons to make the move. The Pruitts emphasize the size and beauty of the new sanctuary. With 105 acres (there were just 20 in Salem), it’s possible that Uplands PEAK will be able to take in four times as many animals. And the property offers a large barn, a chicken coop, and a spacious hilltop house with sweeping views where interns will live. The Pruitts plan to convert a complex of former dog kennels into a medical facility or housing for senior animals.

Moving the sanctuary also made it more accessible. “Our volunteers and donors tended to come from Bloomington and Indianapolis,” Mark says.

After the facility’s official grand opening in July, the Pruitts will welcome visitors on most summer and fall weekends—and continue to encourage them to change their minds about eating animals.

“When you meet anyone in person—whether a pig, a dog, or a human—it’s a lot different than reading about them online,” Michelle says. “To most people, Isaac is a 700-pound pig who’s a little scary at first. But when you look into his deep brown eyes and see how gentle he is, and his desire to connect with humans, I just think that has an impact.”

Another way to visit is to take part in the sanctuary’s monthly volunteer “Workday + Potluck.” A dozen volunteers bring vegan dishes, pitch in around the sanctuary, and wrap up the day with a leisurely visit with the animal residents. 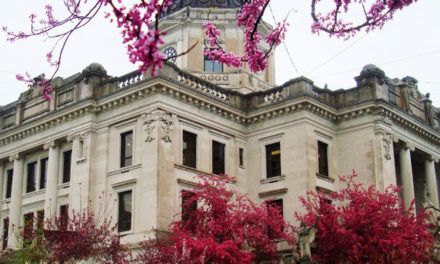