An artist at work in the T.C. Steele gardens. Photos by Steve Raymer

Theodore Clement Steele (1847–1926), the famous American impressionist painter, is well known for his Indiana landscapes. (What many may not know is that Steele was also a skilled portrait painter, and this actually generated the majority of his income.)

Steele’s last home and studio, “House of the Singing Winds,” is situated on a hilltop in Brown County between Bloomington and Nashville, Indiana, near the small town of Belmont on Ind. 46. It is now part of the T.C. Steele State Historic Site, which is administered by the Indiana State Museum. It was placed on the National Register of Historic Places in 1973 and is open to the public.

Steele’s second wife was Selma Neubacher. She created beautiful gardens on the  property where they lived after their marriage in 1907. One of her husband’s most popular paintings is Selma in the Garden.

Selma was trained as an art educator and had a painterly eye. She kept copious notes about her varied plantings, and these records have been useful for the restoration and maintenance of her gardens.

“The garden paths had disappeared,” says Anthony Joslin, the current steward of Selma’s gardens, “but were located under grass, and reconstructed to be handicapped accessible.”

Joslin has tracked down some of the heirloom plant varieties Selma grew and has replanted them using plans of the beds from the 1920s. He’s found older varieties of tulips in Michigan, and some of the irises she grew have been acquired from Indiana breeder E.D. Williamson. He’s even been able to replace a pot lost from an original pair, locating a match from a company in Italy.

In 1922, Steele was appointed an Artist in Residence at Indiana University, and the couple resided in Bloomington during the winter. Selma furnished Steele’s large studio in what is now Franklin Hall, and students were encouraged to observe the painter at work. Today, there are numerous opportunities for artists to paint at the Steele property, as well as to exhibit their work there, perpetuating the spirit of sharing that was characteristic of the couple.

Steele died in 1926, and Selma’s sister, Edith, lived with her on the property until Selma died in 1945, at which time the estate of 211 acres, including a nature trail and several buildings, was bequeathed to the state. This legacy site is a special part of the history of our region and is worthy of repeated visits during different seasons. Selma in the Garden by T.C. Steele 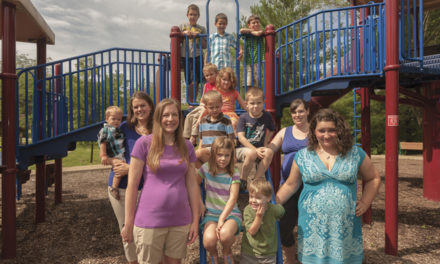 Hoosier Mamas: A ‘Meetup’ Group for Moms and Kids 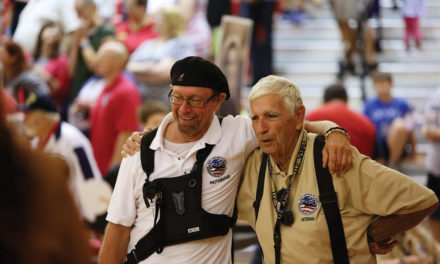