Art therapy has shown to be a powerful healing tool. Now, thanks to a charitable gift from philanthropist Bob LeBien, the Indiana University Sidney and Lois Eskenazi Museum of Art will soon make such healing available in Bloomington.

IU has hired Lauren King as its arts-based wellness experiences manager. King is a graduate of IUPUI’s Herron School of Art and Design. She expects programming to be in place this fall when the museum is scheduled to reopen. Initially, she will work with abused and neglected children in the Monroe County Court Appointed Special Advocates (CASA) program.

“The research would support that we’re going to make the biggest impact in early childhood, so that’s where we’re starting,” explains Heidi Davis-Soylu, Eskenazi Museum of Art director of education. Because memories of traumatic events are often encoded in nonverbal portions of the brain, many trauma survivors struggle to describe—let alone process—their resulting feelings in healthy ways. Additionally, very young children may lack sophisticated verbal development.

“Having an art therapist on staff in your education department is a new and important idea,” Davis-Soylu says. “When you get an art therapy degree, you’re getting a degree in the therapeutic, psychological side of things, and you’re also an artist. You have a full suite of classes in both.”

“A lot of the work I do is about building insight,” King says. “Right now, I’m determining what kinds of topics would be best for this population. Because a lot of these kids are going to be in foster homes, I’ve identified feelings of safety and security with the families that they’re in. And also some emotion identification and regulation.”

Therapy groups will begin in the gallery. “The activities will utilize the great objects on view and also our new education center, which will have an art-making studio,” Davis-Soylu says. “So, we have the art-making and art-engaging combined.”

The museum will also be exploring programming for other groups, including members of the public. 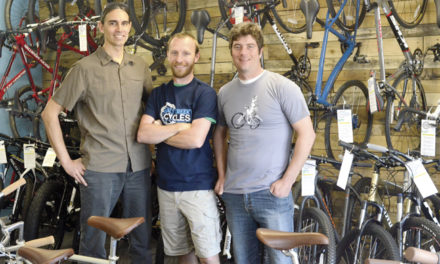 Bloomington Sex Salon Where No Topic Is Taboo