Buttigieg opened his remarks by acknowledging Hamilton’s service to the country as a bipartisan statesman, adding he had hoped, when the event was in the early planning stages, to also meet with the late Senator Richard Lugar, who died in April.

“What’s not to like about a one-time mayor from Indiana who cut his teeth as a Rhodes scholar and served in Navy intelligence?” Buttigieg asked the crowd of approximately 1,800. Buttigieg has been the mayor of South Bend, Indiana, since 2011; was a Rhodes scholar after graduating from Harvard University; and served seven months in Afghanistan in the Navy Reserve assigned to the Afghan Threat Finance Cell, a counterterrorism unit.

It was Buttigieg’s first address to deal with a specific campaign agenda, titled “America and the World in 2054: Reimagining National Security for a New Era.” Buttigieg said the title came from the fact that 2054 is “the year I hope to retire—when I reach the current age of our current president.” Buttigieg is 37.

While not going into detail on how he would implement the goals he laid out in his address, Buttigieg says, for him, the tasks for the next president are clear: putting an end to endless war; reversing the rise of authoritarianism abroad; treating climate change as a security threat; updating institutions to address 21st-century challenges; and involving American citizens in conversations about foreign policy and national security concerns.

Throughout his address, Buttigieg remained focused on the future. In remarks after his speech, he said he was focused on “the road ahead.”

Asked about rolling out his foreign policy agenda in Bloomington, Buttigieg said, “I’ve been looking forward to factoring in that the heartland can be global, too. Foreign policy should come home. And I wanted to show rather than tell—in the tradition of Hamilton and Lugar.”

Editor’s note: The following excerpts from Buttigieg’s speech were provided to the media by his campaign. They have been edited only for style.

The world needs an America free from entrapment in endless war and prepared to focus on future threats.

After 9/11, Congress passed and President George W. Bush signed into law an Authorization for the Use of Military Force to eliminate the threat posed by al Qaeda and to attack the Taliban in Afghanistan. That law was barely two pages long, yet it has been used for two decades to wage wars and launch military strikes from the mountains of the Hindu-Kush to the African Sahel.

In mobilizing to meet the extremist threat, we have achieved a measure of military victory. But as the mission drifted, the collateral damage to our national moral authority was enormous, and we too often bargained against our own values. Congress abdicated its responsibility on issues of war and peace. We spent $4 trillion dollars and lost thousands of American lives–to say nothing of countless civilians caught in the crossfire. I fear that someday soon we may receive news of the first U.S. casualty of the 9/11 War who was born after 9/11.

As someone who deployed to that war on the orders of a President–who believed, way back in 2014, that our involvement in Afghanistan was coming to an end–the time has come for Congress to repeal and replace that blank check on the use of force and ensure a robust debate on any future operations.

We should never again send troops into conflict without a clear definition of their mission and an understanding of what comes after.

Correcting this is not only a matter of presidential restraint but of renewed Congressional oversight. The time for a Congress asleep at the switch must come to an end. If members of our military can find the courage to deploy to a war zone, our Members of Congress ought to be able to summon the courage to take tough votes on war and peace.

It is not enough to define what we would not do, or how we would not get dragged in. After all, war represents a kind of failure, and true success lies in preventing conflict. This is why we must anticipate and prevent threats around the world in a clear-headed and forward-looking way.

The tasks before the next president are clear:

First, we must put an end to endless war and refocus on future threats.

Second, we must promote American values by working to reverse the rise of authoritarianism abroad.

Third, we must treat climate change as the existential security challenge it is.

Fourth, we must update the institutions through which we engage the world to address 21st-century challenges and opportunities.

And fifth, we must do all this while involving citizens across America in a meaningful conversation about how foreign policy and national security concern their communities, and do more to include their voices and values in formulating our policies.

Not only must America do this in order to prosper, but the world also needs America to do these things.

I will rejoin our international partners and recommit the United States to the Iran nuclear deal. Whatever its imperfections, this was perhaps as close to the real “art of the deal” as diplomatic achievements get. As even this Administration repeatedly certified, it was preventing Iran from acquiring nuclear weapons. It has helped constrain the military threat Iran poses to Israel and Europe without leading us down a path to another Middle Eastern war. This agreement was concluded not to do Iran a favor, but because it is in our national security interest—just as a parallel policy of confronting Iran’s support for terrorism and abysmal human rights record reflects our values and security interests.

ON ADDRESSING THE GLOBAL THREAT OF CLIMATE CHANGE

As someone who has had to activate my city’s emergency operations center for floods that were supposed to come less than once in a lifetime—and done so twice in two years—I have seen the homeland implications of this threat.

We’ve seen warnings from a generation ago realized in the floods in Indiana, the tornadoes in Alabama, the hurricane in Puerto Rico, and the fires in California.

Despite what we hear from this administration and far too many Republicans in power, climate disruption is here. It is no longer a distant or theoretical issue, it is a clear and present threat.

And as our military leaders repeatedly tell us, climate instability is a threat multiplier. It can accelerate the spread of pandemics, conflict, and mass migration.

In other venues, I have had and will have more to say about how America can rise to this national challenge. It’s an approach that should include a carbon tax and dividend, to reorient our economy around a more sensible reward system. It includes quadrupling American R&D—to at least $25 billion a year—with research into renewable energy, energy storage, and carbon storage. It involves empowering rural America to be part of the solution—helping to unlock the potential of soil management and other 21st century farming techniques—and a new kind of support for cities and towns seeking to reduce their dependence on carbon.

Their unacceptable interference in our elections weakened America both by helping to elect an unstable administration and by eroding confidence in our democracy itself. We must be ready to deter such behavior in the future—through diplomatic, economic, and even cyber tools and information operations. But we must also deal with the real weaknesses the Russians exploited—not just the gaps in our technology but our capacity to be too easily turned against each other. In this sense, domestic problems from racism to social isolation have revealed themselves to be national security vulnerabilities.

ON AMERICAN LEADERSHIP AND THE MOMENT

The need for a new foreign policy vision could not be more urgent. Since the election of the current president, the United States has hardly had a foreign policy at all. And lest that seem like a partisan jab, I should add that for the better part of my lifetime, it has been difficult to identify a consistent foreign policy in the Democratic Party either.

While the current administration lacks a coherent policy, it does show a pattern—a troubling one—when it comes to its conduct abroad. This administration has embraced and emboldened autocrats, while alienating democracies and allies around the globe. It has undermined America’s alliances, partnerships, and treaties. It has employed tariffs as tantrums, provoking trade wars …

The pattern is that decisions are made impulsively, erratically, emotionally, and politically–often delivered by early-morning Tweet–with little regard for strategy and no preparation for their long-term consequences.

We need a strategy. Not just to deal with individual threats, rivalries, and opportunities, but to manage global trends that will define the balance of this half-century in which my generation will live the majority of our lives. 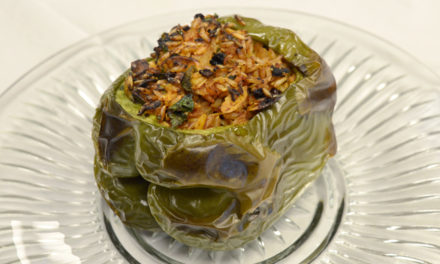 Weekly Exercise: An Alternative to Squats and Lunges