For Runner Olivia Ballew Life is All About Routine

Local marathoner Olivia Ballew is a busy person. In November she ran a 2:43:13 marathon at the Indianapolis Monumental Marathon, qualifying her for next year’s Olympic trials that will determine the 2020 U.S. Olympic marathon team. On top of her training, Ballew, 29, is a Ph.D. candidate in genome, cellular, and developmental biology at Indiana University.

For Ballew, balancing two hours of marathon training a day and graduate school is all about having a routine. “Putting in the time is easier once you’re in the routine and know you don’t have an option,” she says. Runs are often scheduled around lab work—she can start an experiment and while it is running, so is she.

If that sounds confining, Ballew says, “running gives me time to think about science and new experiments.”

Ballew admits it is cliché when she says, “It takes a village,” but she also recognizes the contributions others have made to her success.

Her close friend, Alyssa Ball, helped Ballew establish a healthy eating routine by grocery shopping and cooking while the two were roommates. “When it came to running, I think it was Alyssa who transitioned my life,” says Ballew, who notes that diet and lifestyle changes, not changes to her training, were what helped her qualify for the Olympic trials. At work, her doctoral advisor, Soni Lacefield, provides her with the flexibility she needs to balance study, work, and training. And Brad Robinson plays a dual role—he gives Ballew a tough workout schedule as her coach and a sympathetic ear as her boyfriend.

Another recent development has made life a little easier, too. Ballew picked up a sponsorship from Brooks Running that provides her with shoes and other gear that are difficult to afford on a graduate student salary.

Even with the time crunch and the routine, Ballew clearly loves to run. She ran the Boston Marathon in April. “Anywhere there could be fans, there were. At some points the crowds were three rows deep,” she says. “I gave so many waves and high fives. It was amazing.” Exercise of the Week: Shoulder Press with a Twist 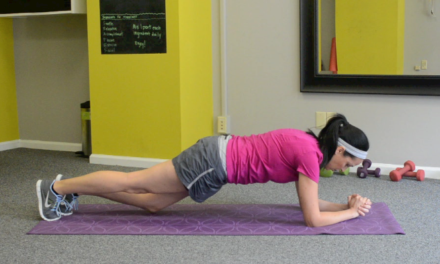 Weekly Exercise: Stretch for the Arch of the Foot