In the early 1980s, things began changing for children who were the victims of abuse and neglect. “There was a grassroots movement that led people in the judicial system to begin talking about how to best advocate for children,” says Kristin Bishay, executive director of Monroe County Court Appointed Special Advocates (CASA).

Indiana child advocates watched as new strategies emerged in Washington state. There, volunteers were being trained to gather information about and establish relationships with children who were entering the court system. The volunteers were then empowered to advocate for the children as officers of the court—court appointed special advocates, or CASAs.

“The mission has always been to advocate for a child who is new to the court system and make sure that the child is always at the forefront of the court’s mind,” Bishay says of this then-new approach. Volunteers gather information from social services, foster parents, and others involved to get a full picture of what is happening with the child.

In May, Monroe County CASA celebrated its 35th anniversary with an event that featured reflections from the nonprofit organization’s co-founders Iris Kiesling and Judge Frances Hill, along with three of its five executive directors. Indiana’s first CASA program was established in Indianapolis. Monroe County followed a year later. “Nationally, we were one of the first,” Kiesling says.

In 1984, Hill was serving as the Juvenile Referee for the County, hearing juvenile delinquency cases, as well as cases of civil child abuse and neglect. A former member of Bloomington City Council and the Board of County Commissioners, Kiesling was the president of the League of Women Voters at the time. Together, the two pulled together funding, organizational space, and training materials for the first class of eight volunteers, who advocated for 14 children.

In 2018, Monroe County CASA had 146 active volunteers advocating for 758 children. But growth is more than numbers, Bishay says, pointing to the scope and quality of services the organization provides. Volunteers complete a 30-hour initial training, and 12 hours of in-service training each following year. “It’s a very tough volunteer job to be a CASA,” Bishay says. “It does weigh heavy on your emotions and your psyche. But every CASA will tell you it’s a very rewarding experience.”

For more information, to volunteer, or to donate, visit monroecountycasa.org. 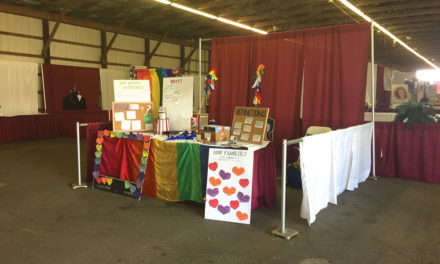