Nicky Belle, director of the First Nations Educational & Cultural Center at Indiana University, says having a month to emphasize programming dedicated to celebrating the diversity and achievements of Native Americans benefits the entire community.

“Our programming is culturally significant to our students, not only because it helps maintain their connections to their communities, but as local community members become involved in these events, it helps educate them about the diversity of Native communities and Native culture,” Belle says.

Events on campus are free and open to the public, and include everything from speakers and workshops to films and crafting afternoons. “We pack it full of programming that is contemporary and is a product of modern Native communities,” Belle says. “We try to help amplify the indigenous voices that are important to our student body.”

One issue on the minds of students is re-telling the narrative associated with Columbus Day. Many states and municipalities across the country have renamed the second Monday of October—a federal holiday—as Indigenous Peoples’ Day. Last year, Mayor John Hamilton’s office officially proclaimed October 8, 2018, Indigenous People’s Day in Bloomington. A proclamation is a one-time, honorary naming.

Bloomington City Council is considering a resolution (not passed at Bloom’s deadline) to make Indigenous Peoples’ Day an official City holiday. According to City Council member Isabel Piedmont-Smith, while City offices would not be closed, the day would be on the City calendar and officially recognized by the City.

While he sees a lot to celebrate in the passing of an official holiday recognizing the contributions and achievements of Native Americans, and a lot of reasons to be happy to have a month to share that information with the community, Belle points to the obvious. “Native students are Native all year long,” he says. “We have programming throughout the year that does the same work. We just emphasize it a bit more in November.” 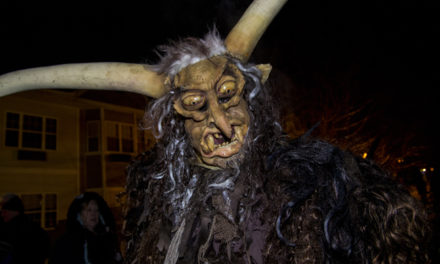