When Linda Gause, co-owner of Vance Music Center, joined a Monroe County homemakers club in the mid-1990s, she didn’t know it would lead to global adventure. Today, Gause is in her second year of a three-year term as chair of the Country Women’s Council of the United States of America (CWC). In that role, she recently traveled to Australia for an international meeting of the Associated Country Women of the World (ACWW)—a group encompassing 64 countries with 9 million members.

Based in the United Kingdom, ACWW is something akin to a United Nations of homemakers and rural women. Gause says she now learns about world issues not just from the internet, but from women she considers friends—women from Ghana to South Africa to Malaysia. And, she says, they all have the same goal—to improve the lives of women and families around the globe.

In the United States, homemaker groups date back to the 1930s when post-Depression women gathered to share knowledge on such things as canning food and soap making. Today, the topics raised at the international women’s meeting included resolutions to protect water supplies, encourage the vaccination of children, and protect pollination of valuable food crops. ACWW is not connected to any governmental effort. Rather, members return home to urge their own governments and health organizations to finance and support these efforts.

A native of Iowa, Gause and her husband, Phil, moved to Bloomington in 1973. They bought Vance Music Center in 1995.

Gause says being part of the groups, from her own local club to the international organization, has helped her become more aware of what is happening in the U.S. and around the world.  And, she says, she was amazed at the high level of civility even when there was strong disagreement among members.

“There was no hate, accusations, prejudices, just a group of people from all over the world enjoying one another and making decisions in a very compromising, civil, and professional manner,” Gause says.

“Even though there was much discussion—sometimes intense—on many of the resolutions, we all left the session still friends,” she adds. “The world leaders and our country’s politicians needed to have been there to see it and take note.” 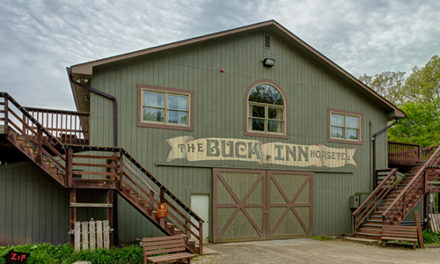