In 2013, actress Glenn Close began collaborating with Indiana University on a college pilot program for Bring Change to Mind, a nonprofit organization she founded that works to destigmatize mental illness. As that partnership unfolded, another one emerged. Close was seeking to donate her extensive stage and screen costume collection, and IU had both the space to protect it and multiple academic departments that saw it as a useful educational tool.

“It was an opportunity that we couldn’t pass up,” says Kelly Richardson, curator of the IU Sage Fashion Collection, which features more than 25,000 articles of clothing illuminating the social history of American and Western European fashion. “Ms. Close felt strongly that these pieces find a home in an educational institution where they would be used and be seen.”

Since fall 2017, the Sage Collection has processed and catalogued nearly 800 pieces from Close, and new ones continue to arrive as the busy actor performs in new projects. Housed in the climate-controlled, high-security, archival environment of the Ruth Lilly Auxiliary Library Facility, several of the pieces have already been used to teach students “about clothing history, costume design, or identity and gender studies,” Richardson says.

To date, the collection includes pieces from 47 of Close’s projects, including the leather coat and white dress from her iconic role in Fatal Attraction and the nurse’s uniform from The World According to Garp. Others, including extravagant period pieces from Broadway stage productions and films such as Dangerous Liaisons, were designed and built by some of the world’s best-known designers and costume houses, says Richardson.

Among the collection’s most popular pieces are the Cruella de Vil costumes from the live-action Disney movies 101 Dalmatians and 102 Dalmatians. “Because of their muchness,” Richardson says. “They are completely over-the-top pieces, almost like sculpture in many ways.”

Close personally retained so many of her costumes because of the role they played in her character-building process, says Richardson. “She has often said in interviews that she felt she wasn’t a character until she was dressed.” 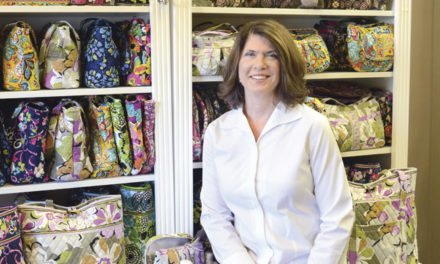