You might not believe it, but 6:45 a.m. is my favorite time of day. It has been since I was 13 years old. Waking up while it’s still dark and watching my surroundings come to life as the sun casts its light on the world is my meditation. After traveling to and living in 28 countries, I have found that these early morning moments are the best way to really understand a city, town, or land.

Coincidently, this is also the time when I like to have a cup of coffee in hand. Coffee is another form of meditation for me. My fascination with cultures, languages, and coffee led me on a three-year filming journey around the world to better understand the global language of connection, which resulted in my documentary, The Connected Cup (theconnectedcup.com).

To say that I love coffee is probably an understatement, but I promise this column will not be solely about coffee, even if it will definitely be fueled by a cup or two.

On this particular morning, I am facing the Western Wall in the Old City of Jerusalem and realize I have grown accustomed to the pale limestone used to build the city. [The Western Wall is the holiest site in the Jewish religion. Built in 20 B.C.E. it was part of the retaining wall of the Second Temple, destroyed by the Romans in C.E. 70.] The stone beautifully transitions between colors throughout the day, which makes it easy to understand why Jerusalem stone—a name applied to various types of pale limestone, dolomite, and other stone commonly used for building in and around Jerusalem since ancient times—continues to be used for building here, preserving Jerusalem’s history, architecture, and aesthetic.

I recently learned that the 1918 British Mandate Law requires the exterior of buildings in Jerusalem to be faced with Jerusalem stone. The law was instituted for aesthetic reasons, to maintain the special spirit of Jerusalem. However, even this special stone of the land plays a part in the 70-year-old Israeli-Palestinian conflict.

The majority of this limestone is extracted from Palestinian quarries and processed in Palestinian factories. According to a 2014 study by Birzeit University professor Suhail Sami Sultan, Israel accounts for 65% of the Palestinian stone market. I have found that even seemingly simple concepts are extremely layered here in Jerusalem.

When I first visited the Western Wall, I expected to feel a connection due to my Catholic upbringing. While I did feel an undeniable spiritual tie to Jerusalem, my initial feelings about the Western Wall were more focused on the dolomitic limestone—the physical wall itself. The ancient stone, comprised of marine deposits more than 90 million years old, brought back feelings of nostalgia and home for me.

I was innately reminded of the quarries around Bloomington, and the drive on Ind. 37 between Bloomington and Bedford where the road cuts through the exposed limestone. Even though the shades of stone are distinctly different, there was a certain level of comfort that arose as I gazed at the 60-foot-high wall of the Old City of Jerusalem.

Because I spend extensive time away from family and friends, finding personal connections that remind me of home is crucial to my well-being. To be able to find a piece of my childhood in a foreign city halfway around the world is a unique aspect of the work I choose to do. Seeking out little comforts of home is probably why I choose to wake up early enough to experience my favorite time of day, cup of coffee in hand.

Wherever your travels lead you, I hope you are able to recognize a personal sense of home as well.

Bloomington native Brooke Bierhaus, 26, is an inveterate traveler, photographer, and videographer. Visit her website at vidbee.org. 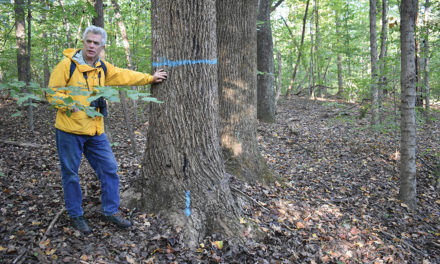