When Indiana University political science professor Elinor Ostrom won the Nobel Prize in economic sciences in October 2009, she was the first woman to do so. This October, Ostrom, who passed away in 2012 at the age of 78, made her mark once again, receiving the first University Historical Marker on the IU Bloomington campus. The marker, located outside Woodburn Hall, will eventually be joined by a statue of Ostrom—the first statue of a woman on the IU campus.

The IU Historical Marker program is modeled after the State of Indiana’s historical marker program and other successful municipal programs. Bronze plaques identifying people, places, events, or organizations of historical significance will be affixed to limestone boulders and placed in natural settings on IU campuses and at off-campus sites during the 2019–20 academic year as one of the university’s signature projects celebrating its bicentennial year. 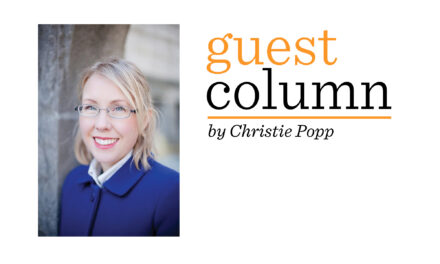